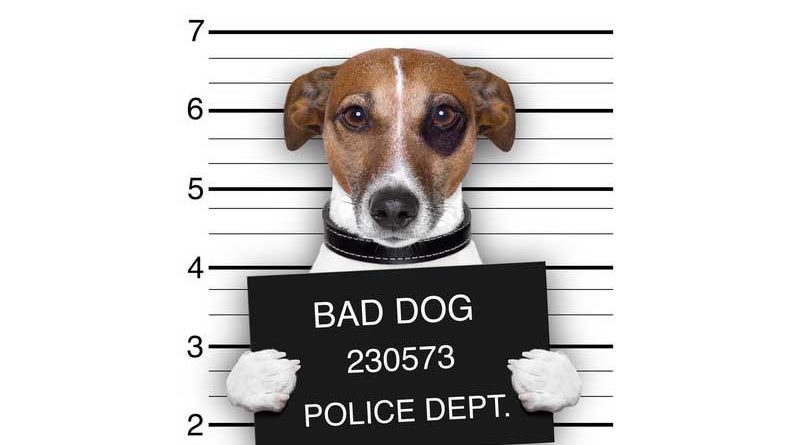 These reports have gone to the dogs. At 11:58 p.m. Sept. 26, police investigated who let the dogs out (or at least unleashed them) in the 7500 block of Eastern Avenue. Before 6:53 p.m. Sept. 28, a 21-year-old Mesquite man was bitten by an unidentified pooch in the 10600 block of Sandpiper Lane. Then at 9:56 a.m. Sept. 30, officers were dispatched to investigate what a neighbor thought might be a burglary in the 5700 block of Northaven Road. It turned out that dogs had knocked a window out.

24 Monday
Stolen at an unknown time on Monday: a gun from an unlocked vehicle in an apartment complex parking lot in the 6300 block of Diamond Head Circle.

Taken at an unknown time on Monday: a vehicle from Bandera Apartments parking lot in the 6800 block of Bandera Avenue.

Shoplifted before 5:31 p.m.: merchandise from The Gap at Preston Oaks Shopping Center.

Taken sometime on Sept. 25: a Kaufman man’s vehicle, which had been parked at a home in the 4300 block of Lively Lane.

Stolen sometime on Sept. 25: property from a 68-year-old woman’s vehicle at her home in the 5000 block of Purdue Avenue.

Two vehicles at homes in the 4900 block of West Amherst Avenue were burglarized at unknown times.

Damaged before 2:09 p.m. at the 7-Eleven at Preston Road and Forest Lane: a Dallas woman’s vehicle by a hit-and-run driver.

Arrested around 8:15 p.m. at Hallmark and College Park drives: a 53-year-old man accused of driving under the influence.

Feeling watched? Installed without permission before 8:06 p.m.: a video device at an apartment in the 5400 block of West University Boulevard.

26 Wednesday
Shoplifted before 10:52 a.m.: merchandise from Versace at NorthPark Center.

Broken before 8:32 p.m.: a window to gain entry and take property from a Dallas man’s vehicle in the parking lot at Trader Joe’s on Walnut Hill Lane.

27 Thursday
Sometime on Sept. 27, an Allen woman’s car, while parked at Jesuit College Preparatory School of Dallas on Inwood Road, was damaged by a hit-and-run driver.

A man who lives in the 7700 block of Greenway Boulevard may need to investigate public transportation options. The tires and rims from his vehicle went missing sometime on Sept. 27.

Arrested after 5:30 p.m.: a woman accused of shoplifting from Victory Secret at NorthPark Center. Her age and the merchandise, valued at more than $100, were apparently consider unmentionable in the police report.

Arrested after 5:30 p.m. in the 10700 block of Strait Lane: a 35-year-old man accused of driving without a license and insurance.

Thrown before 7:25 p.m.: unknown objects at a Lewisville teen’s vehicle in the 5000 block of LBJ Freeway.

Damaged before 10:15 p.m.: property at Bandera Apartments on Bandera Avenue.

Before 3:38 p.m., a handgun wielding robber forced four Dallas men, ages 18 and 19, to the floor and took property from a home in the 5300 block of Meanders Lane.

Officers were dispatched around 4:30 p.m., after a person ignored a request to leave the premises of Northwest Bible Church on Douglas Avenue.

Arrested after 9:42 p.m.: a 23-year-old woman accused of shoplifting from Macy’s at NorthPark Center.

Stolen before 10:20 a.m.: property from a Dallas man’s vehicle at his home in the 6100 block of Bandera Avenue.

Before 3:06 p.m.: a quick-fingered thief ran off after snatching property away from a Garland teen at Preston Forest Village.

Damaged before 5:28 p.m.: the doors to a 64-year-old Dallas woman’s 2014 Mercedes near the Texaco at Inwood Road and Forest Lane.

Officers responded at 9:10 p.m. to a disturbance between roommates at apartments in the 4800 block of West Lovers Lane.

Stolen before 6:12 p.m.: property at Carlyn Galerie in Preston Center.