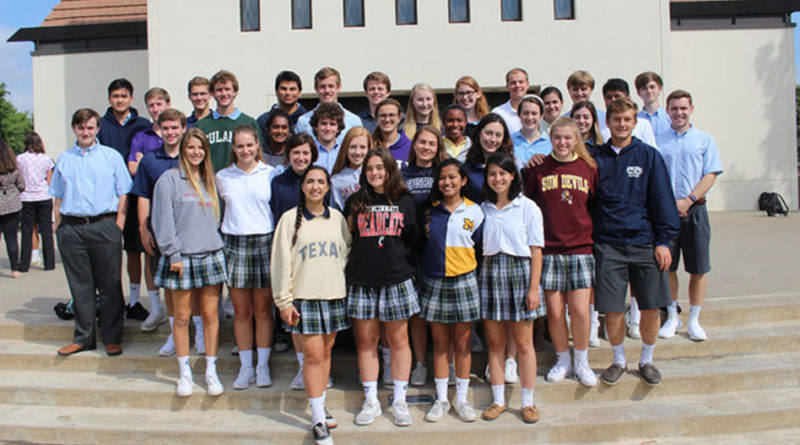 The Advanced Placement Scholar Awards recognize high school students who have demonstrated exemplary college-level achievement on their AP exams. This year, the Episcopal School of Dallas had an incredible number of students who were awarded for their performance on the 2018 AP exams.

A total of 88 students, including one sophomore (now junior), scored high enough on their AP exams to be awarded the title of an AP Scholar and more. Pictured above are many of ESD’s current students who earned this achievement.

National AP Scholars, who scored a four or higher on eight or more AP exams and an average score of 4 on all AP exams taken, included from the Class of 2018: Lela Holland, Tarushi Mittal, Sophie Saland, and Katherine Smythe.

AP Scholar with Distinction, who scored a three or higher on five or more AP exams with an average score of 3.5 on all AP exams taken, included from the Class of 2019: John Calvert, Sriya Dodda, Mason Gosslee, Will Minnis, Anisa Noor, and Maddie Tong

AP Scholar with Honor, who scored a three or higher on four or more AP exams and an average score of 3.25 on all AP exams taken, included for the Class of 2019: Allison Herring, Christian King, Lyndon Lay, Maggie Lipscomb, Clayton Mulford, Cooper Newsom, Christopher Talbot, and Ella Varel

AP Scholar, who scored a three or higher on three or more AP exams, included from the Class of 2020: Tarun Mittal