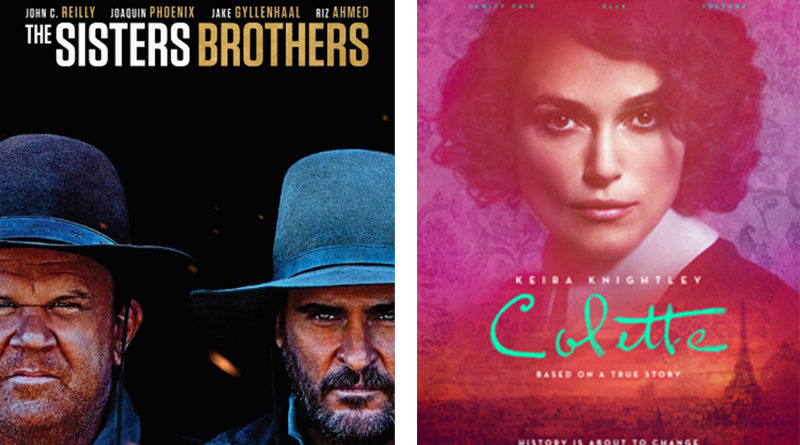 Out and About Park Cities Preston Hollow
September 28, 2018November 15, 2019 Imani Chet Lytle 0 Comments Colette, movies, Out And About, The Sisters Brothers

This week, I took the opportunity to preview two new movies that are premiering today, Sept. 28, and, I must say, one film provided a beautiful narrative of finding one’s self and the other … well, I just wasn’t pleased. So do you want the good news or the bad news first?

Bad News: The Sisters Brothers was a hard no for me. Here’s a quick recap. It is 1851, and Charlie and Eli Sisters (Joaquin Phoenix and John C. Reilly) are both brothers and assassins. They are criminals, and they know no state except being gunmen. The older of the two, Eli (Reilly), rides hard with his younger sibling yet dares to dream of a normal life. Charlie (Phoenix), the younger brother, has taken charge as the lead man on the duo’s assignments. The brothers find themselves on a journey through the Northwest, bringing them to the mountains of Oregon and eventually, the Gold Rush land of California.

Here’s the issue for me. The storyline started in the middle of everything with little to no context clues for the audience. There were some witty moments during the film, but not enough to keep me satisfied, and the humor seemed slightly forced. I was genuinely excited to see the beauty of Joaquin Phoenix’s acting, but it was missed. Was it Phoenix himself? Or maybe the movie as a whole didn’t seem like a great match for him. Either way, something was very off during this film. I understand the movie is supposed to be about “family” and “loving each other until the end” but other than that, I left the theater disappointed.

Good News: Colette is on my list to see again. Beautiful, funny, inspiring, and eye-opening, this film was what I needed after my not-so-great previous experience.

After marrying a successful Parisian writer known commonly as “Willy” (Dominic West), Sidonie-Gabrielle Colette (Keira Knightley) is transplanted from her childhood home in rural France to Paris. Soon after, Willy convinces Colette to ghostwrite for him. She pens a semi-autobiographical novel about a witty and brazen country girl named Claudine, sparking a bestseller and a cultural sensation. After its success, Colette and Willy become the talk of Paris, and their adventures inspire new Claudine novels. Colette’s fight over creative ownership defies gender roles and drives her to overcome societal constraints, revolutionizing literature, fashion, and sexual expression.

I have found a new love for Keira Knightly. The energy she brought into the film was very contagious, and it kept me wanting more. This movie isn’t just for the ladies. I witness the men in the audience enjoying the experience as well. Also, because Collette is based on actual events, I learned something as well, which I feel is a great plus when it comes to such movies.

Now that you have heard both sides, it’s your choice. Which film will you see this weekend?

Out and About is a staff-generated blog that details us in the community. 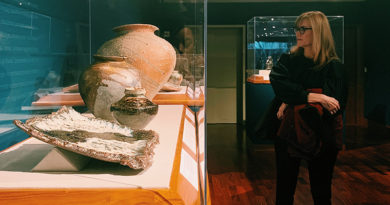 Get Hyper for Sweet Tooth Hotel 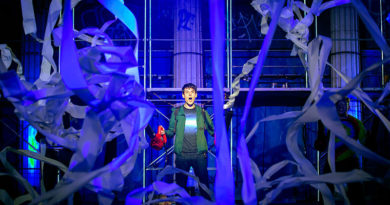