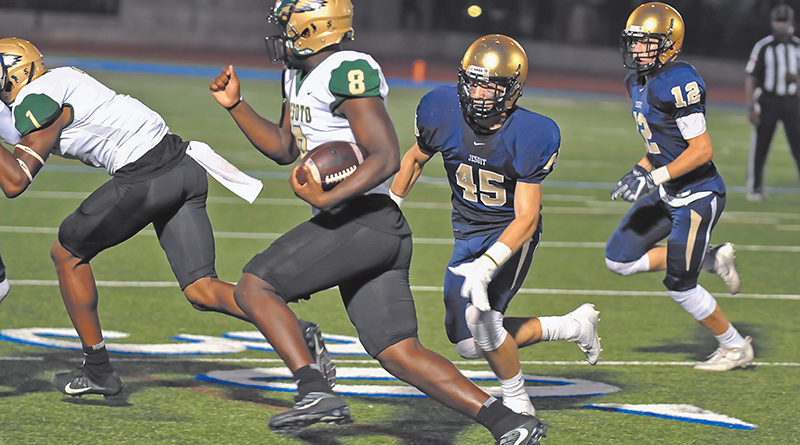 Brandon Hickman could look at Jesuit’s new district alignment and either complain or prepare excuses. Instead, he’s ready to embrace the challenge.

The Rangers will face a daunting schedule that includes six road games and District 9-6A clashes against traditional powerhouses from Plano and Allen.

But they’ll do so with a talented and experienced lineup on both sides of scrimmage that gives Jesuit a decent chance to continue its streak of eight consecutive playoff appearances.

“That doesn’t change our mindset,” Hickman said. “It’s raised their effort and commitment level. Our kids are looking forward to it.”

The Rangers will have a new quarterback leading their high-scoring, up-tempo offense, as junior Kevin Shuman — a transfer from Highland Park — takes over for the graduated Parker Towns. Jesuit scored a program-record 559 points last season.

“He’s picking up the offense real well and starting to become a leader,” Hickman said. “I feel like we’re ahead of the game on offense and defense.”

Shuman will benefit from the continued development of running back E.J. Smith, who amassed almost 2,000 all-purpose yards and 33 touchdowns last year. He will run behind an offensive line that returns four of five starters from 2017. The receiving corps includes returnees Jack Hajdu, Travis Whisler, and Nick Hafertepe.

New defensive coordinator Don Woods is installing a 3-4 alignment in hopes of improving a Jesuit unit that has struggled in recent seasons. At least the Rangers have seven starters back, including linebackers Tommy Roy and Mitchell Campbell, lineman Andrew Gregory, and safety Jack Barton. 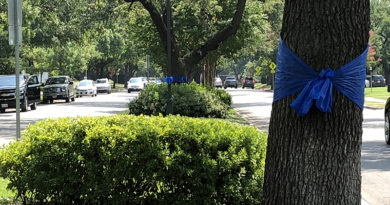