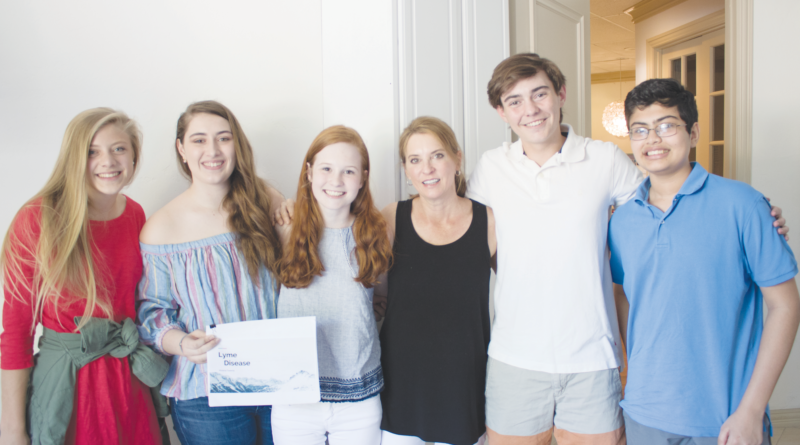 After visiting more than 20 doctors in hopes of figuring out what was happening, Sarah Maxwell had to fly out of Texas to get the diagnosis that her daughter Claire had Lyme disease.

For the majority of patients, the tick-carried bacterial infection is successfully treated with oral antibiotics, according to the Centers for Disease Control and Prevention.

But many patients report suffering lingering symptoms such as fatigue, pain, and joint and muscle aches.

“The insurance doesn’t cover it, because nobody quite gets it yet,” Sarah Maxwell said. “So for us, we had to fly to New York every three months for treatment, and you’re also paying the doctor out of pocket. All told, the health care cost us 60 or 70 thousand dollars.”

According to medicalbillgurus.com, insurance companies view “chronic Lyme disease” with skepticism, associating it with expensive, experimental, unproven treatments, such as long-term antibiotic therapy.

After finding and starting treatment for her daughter, Maxwell, an associate professor of public affairs at the University of Texas at Dallas, took to Facebook to raise awareness about Lyme disease in Texas.

“Texans & Ticks is a grant funded social media Facebook campaign,” Maxwell said. “Claire and I wrote the grant together. The idea is to let people know that there are ticks in Texas, because [people] don’t seem to realize it.”

When students at Highland Park High School heard about Claire and the campaign, they came together to form the Lyme Disease Club. In addition to raising awareness, the student organization focuses on bringing health care professionals to the campus to talk about their experiences in the field and give further insight into the disease.

“I moved forward with the Lyme club since I knew that a lot of my friends wanted to go into the medical field,” Claire said.

Formerly a part of a nationally ranked triathlon team, Claire was forced to stop competing and missed months of school at a time.

“I was throwing up every single day,” Claire said. “It’s rough. I got really bad joint pain, so I wasn’t able to run or do anything without being in pain.”

Symptoms like nausea, fatigue, and tremors have stayed with her even after initial treatments.

Despite this, Claire said she likes to keep a positive mindset and actively participates in the club.

“She’s never made one negative comment ever,” club member Alie Lavish said. “She comes to school with a smile even after being gone for a week.”

The Lyme Disease Club has plans to raise funds for organizations like the Lyme Disease Association through fundraising campaigns. Among their ideas are bake sales and charity events with an element of friendly competition.

“I think they’ll be better doctors in the end,” Maxwell said.

“There’s a saying with Lymes that you don’t get it unless you get it yourself, but it’s so nice that they do get it.” 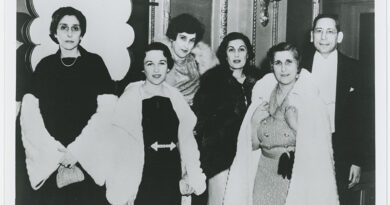 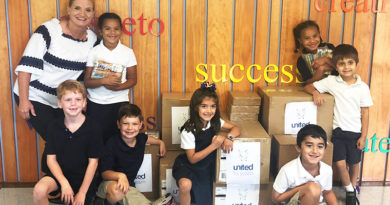 One thought on “Lyme Club Promotes Awareness of Misunderstood Disease”