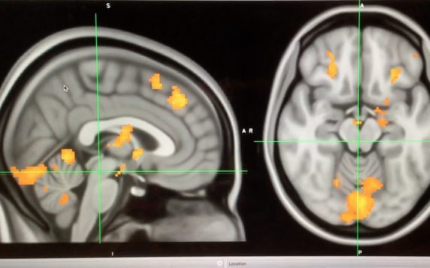 People who deeply grasp the pain or happiness of others also process music differently in the brain, according to a study by researchers at Southern Methodist University, Dallas, and UCLA.

The study shows that higher empathy people appear to process music like a pleasurable proxy for a human encounter — in the brain regions for reward, social awareness and regulation of social emotions.

And that higher empathy people process familiar music with greater involvement of the brain’s social circuitry, such as the areas activated when feeling empathy for others. They also seem to experience a greater degree of pleasure in listening, as indicated by increased activation of the reward system.

“This may indicate that music is being perceived weakly as a kind of social entity, as an imagined or virtual human presence,” lead research author Zachary Wallmark said.

The SMU-UCLA study is the first to find evidence supporting a neural account of the music-empathy connection. Also, it is among the first to use functional magnetic resonance imaging (fMRI) to explore how empathy affects the way we perceive music.

The new study indicates that among higher-empathy people, music is not solely a form of artistic expression.

“If music was not related to how we process the social world, then we likely would have seen no significant difference in the brain activation between high-empathy and low-empathy people,” said Wallmark, director of the MuSci Lab at SMU, an interdisciplinary research collective that studies how music affects the brain. “This tells us that over and above appreciating music as high art, music is about humans interacting with other humans and trying to understand and communicate with each other.”

Participants were 20 UCLA undergraduate students. They were each scanned in an MRI machine while listening to excerpts of music that were either familiar or unfamiliar to them, and that they either liked or disliked. The familiar music was selected by participants prior to the scan.

Analysis of the brain scans showed that high empathizers experienced more activity in the dorsal striatum, part of the brain’s reward system when listening to familiar music, whether they liked the music or not.

“This study contributes to a growing body of evidence,” Wallmark said. “That music processing may piggyback upon cognitive mechanisms that originally evolved to facilitate social interaction.” 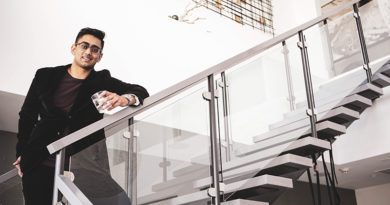 SMU Student Learns and Earns By Working For Himself

Are You Ready For Super Bowl of Indian Dancing?