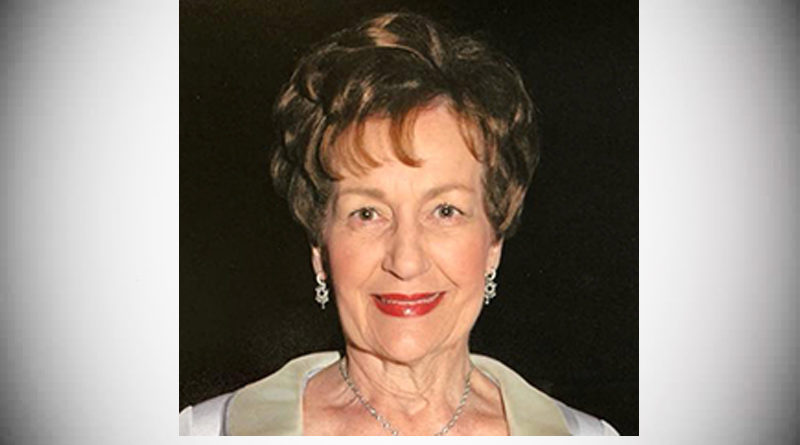 Dorothy Bayer Kennington passed away at her home on May 29th, 2018. She was born on August 13, 1934, in Jasper, Texas to Reverend Karl Orrin Bayer and Doris Scheib Bayer. The daughter of a Methodist minister on the Jasper Circuit, Dorothy spent much of her childhood in small towns along what would become Interstate 10 in East Texas, listening to her father’s profound sermons and to her mother, an accomplished pianist, accompanying the choir and congregation on the piano. Dorothy had a high intellect and was gregarious. She was Valedictorian of her high school class at Lamar High School in Houston and a member of the Chum Social Club. She graduated from Southern Methodist University where she was President of the Zeta Tau Alpha sorority, a member of Mortar Board national honor society, and a Homecoming Queen nominee. After graduating from SMU, she briefly taught at Thomas Jefferson High School. She married David Hilton Kennington, who predeceased her, and the two were married for 48 years. In 1960, it was Dorothy’s teacher’s retirement money that helped start Thermalloy, a semiconductor accessory manufacturing company. Dorothy liked to point out that it was a good return on her investment! Dorothy often said that her family was her life. While David grew Thermalloy, Dorothy focused her efforts on growing their family: raising their three sons, Craig, Clark and Clayton. Her license plate read BOYSSS, which said it all. She served on multiple PTA Boards all the years her boys attended Park Cities schools, including serving as president of the McCullough PTA, volunteered in the school cafeterias, was Cub Scout Den Leader, and was faithfully on the sidelines or in the stands of her sons’ many sporting events. Thanksgiving was her favorite holiday because she was surrounded by her extended family. Dorothy lived by the motto, “Life is an Adventure, Partake!” She traveled the world, visiting all seven continents on her many adventures, including the pyramids in Egypt, the icebergs in Antarctica, and the tulips in Holland. Dorothy also cherished spending time with her many friends through her various associations, such as the “Bradfield Plus One” Lunch Bunch, Fishing Group, Café Pacific “Tennis Group”, Beverly Drive Book Club, Marianne Scruggs Garden Club, Craig Class, Dallas Garden Club, and Dallas Woman’s Club. She was a dedicated community volunteer for many years in numerous charitable, cultural and civic organizations including University Park United Methodist Church, Board member of Senior Source, Women’s Board of the Dallas Symphony, Crystal Charity, Zeta Tau Alpha Foundation, and Communities Foundation. She was an avid bridge player and an accomplished pianist. Dorothy derived much fulfillment from her spirituality, and was devoted to her Christian faith. She and David were founding members of the Wedding Ring Sunday School Class at University Park United Methodist Church. As she gracefully moved into the later phase of her life, she became a beloved and involved grandmother to her grandchildren who returned her love and affection as she gave it, unconditionally. Dorothy leaves behind a legacy of elegance, kindness, selfless devotion to others, charity, and faith that will long be treasured by her devoted family, who will miss her greatly. She is survived by her sons Craig and his wife Josey, Clark and his wife Christine, and Clayton; grandchildren Carolina Kennington Cronin and her husband Geoff, Adriana, Hilton, Sam, Grant, Charlie, Virginia, Andrew, and Catherine Kennington; her sister Barbara Singleton and her husband Mitchell, her brother Karl Bayer and his wife Karen, and numerous nieces and nephews. The family will welcome visitors on Sunday June 3rd, 2018, from 5p.m. to 7p.m. at Sparkman/Hillcrest Funeral Home. There will be a memorial service at University Park United Methodist Church on Monday, June 4th, 2018, at 11:00a.m., preceded by a private, family burial at Sparkman/Hillcrest Funeral Home. Memorials, in lieu of flowers, may be directed to The Senior Source, University Park United Methodist Church, the Wesley-Rankin Center, or the Baylor Hospital Foundation.