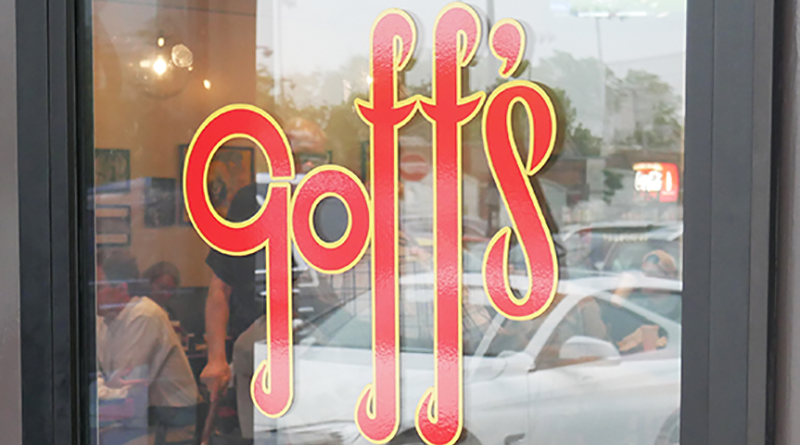 The nearly 80 firefighters on-hand could do little to extinguish the stubborn grease fire that claimed the 92-year-old building that housed Goff’s Hamburgers in August 2016. A demolition crew arrived the following day, and the iconic establishment was suddenly reduced to ash and a blackened foundation.

Excited locals waited in a line that curled out the door during the soft opening in April to get the familiar taste of a Goff’s charbroiled hamburger at the burger joint’s new location in the shopping center on the corner of Mockingbird Lane and Bush Avenue.

“The thought of not reopening never crossed our minds,” said Jim Francis, who bought the then-family-owned restaurant in 2004. “Our immediate thought was how do we rebuild? Where do we rebuild? And how do we move forward?”

Changing locations is nothing new to Goff’s.

Originally opening its doors on Lover’s Lane in 1950, Goff’s quickly became a fixture in Dallas, eventually opening 12 additional restaurants throughout town. And run-ins with the charismatic and, at times, surly owner, Harvey Gough, became a right of passage for Park Cities residents.

“He’s rather infamous around town,” Francis said. “Ask anybody if they have a Harvey story, and they’ll share one.”

When Gough decided to retire and shut down the business, Francis bought the name and moved the restaurant’s last remaining location to Hillcrest Avenue in 2005.

There, students and residents converged to enjoy charbroiled burgers in a space clad with black-and-white photographs of local icons.

Patrons to the new Mockingbird Lane location will find the same menu items, as well as the same wall décor, with photographs ranging from Doak Walker to President George W. Bush.

They’ll also find a lot of the same faces, as many who worked at the Hillcrest location returned.

In the months that followed the fire, Francis kept all the employees on his payroll by running catering.

“Ultimately, Goff’s is a family. You come in here on a Saturday and you’ll have three or four generations of a family enjoying hamburgers. You’ll have granddad telling their grandkids about when they were kids and burgers cost a nickel.” 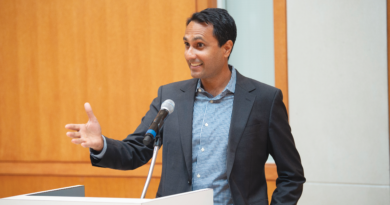 Dickey’s Owners Look to Back the Blue With Barbecue 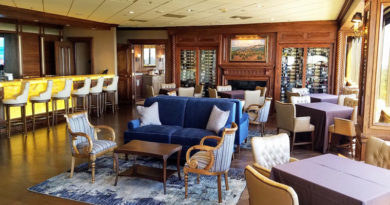 With A Nod to The Future