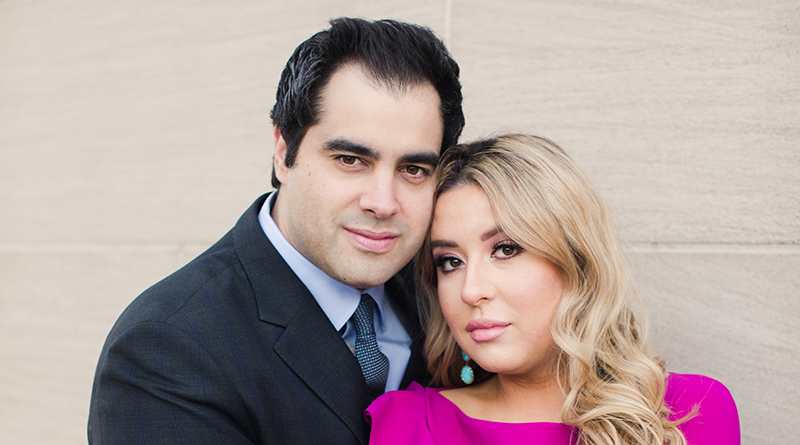 Kobie and Sebastian Ahmadi of University Park are pleased to announce the engagement of their daughter, Victoria S. Ahmadi, to Andrew Edward Hunter Smith, son of Vivianne Ousley of Celina, Texas and Scott Smith of Winnsboro, Texas.

The bride is the granddaughter of Patsy Ruth Cato of University Park and the late Booker Lee Brown of Greenbrier, Ark. and the late Mariam Ahmadi and Abdul Ahmadi of Simi Valley, Calif.

The groom is the grandson of Sandy Hunter Neff of Richardson, Texas; George Albert Smith III of Dallas; the late Leila Gonzalez-Correa of Plano, Texas; and the late Carlos Manuel Alvarado of San Juan, Puerto Rico.

The bride is a graduate of Prestonwood Christian Academy. She received a Bachelor of Arts in journalism with a minor in history from Southern Methodist University. Victoria is director of sales for Studio Sebastian. The groom is a graduate of Frisco High School in Frisco, Texas. He received bachelor degrees in economics and finance from Southern Methodist University. He is currently pursuing his CFA charter. Andrew is a research analyst for Lear Investment Management.

Victoria and Andrew will exchange sacred wedding vows in late October at Highland Park United Methodist Church with a reception following at the Mansion on Turtle Creek.