SKULDUGGERY OF THE WEEK: BEWILDERED

A construction worker who left a $1,700 drill unattended on the sidewalk about 9:30 a.m. April 23 in the 4300 block of Overhill Drive was surprisingly surprised to find it missing when he checked on it an hour later. The red and silver Husqvarna drill was leased for the day from Sunbelt Rentals.

A dispute between two neighbors regarding an overhung tree in the 3600 block of Harvard Avenue led to the mature Pecan being “accidentally” cut down sometime between 7 a.m. and 3:15 p.m. According to a police report, the neighbor who was frustrated with the tree hanging over her property asked her landscaper to trim the branches. There must have been some sort of confusion because the landscaper hired a tree service to cut the tree down, reducing it to a trunk.

Stolen during lunch: a purple and gold multi-colored cloth credit card case from a purse slung over a chair around 1 p.m. at Mi Cocina at Highland Park Village. Several credit cards, a Costco membership, and a smart card reader were inside.

The driver’s side mirror, valued at $869, of a 2007 white GMC Yukon was stolen sometime overnight before 9:30 a.m. while the vehicle was parked in the 4600 block of Edmondson Avenue.

Around 6:30 p.m., a man believed to be an SMU college student in a salmon-colored shirt was witnessed by a resident in the 3300 block of  Drexel Drive throwing a can of paint into the alley and kicking the homeowner’s fence. Police later found the culprit, who, of course, denied the accusations. Unlucky for him, a keen-eyed officer called to the scene noticed that a small drop of a similarly colored paint had spilled on his shoe. While he never admitted to throwing the paint, the man in the salmon-colored shirt cleaned it up with a spatula.

A home in the 4000 block of Hanover Street was burglarized sometime between 8:45 a.m. and 2:06 p.m. Missing items included several computers and a television, collectively valued at $7,347.

Arrested: An 18-year-old Dallas man, accompanied by an underage teenager, accused of evading arrest. Police detained the duo around 2:31 a.m. after a foot chase. Police had been called to the scene in the 3600 block of Standford Avenue regarding a burglary of a vehicle in progress.

A University Park mother reported to police around 10:51 p.m. from her home in the 3400 block of Wentwood Driver that her daughter was being harassed by someone with a FInsta account (that’s Fake Instagram in case you didn’t know).

Stolen before 9 a.m.: the third-row seat, valued at $1,500, from a gold GMC Yukon XI parked overnight in the 3700 block of Northwest Parkway 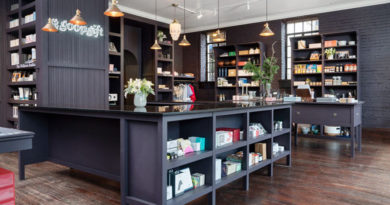