HP has several other podium finishers at the meet, including Caroline Morton, Abbey Govett, Mary Warriner Kemp, and Sophia Oliai. Next up, the Lady Scots will host the annual Tracy Wills Invitational on March 24 at Germany Park.

On the boys side, HP won the team championship at the Texoma Relays on Thursday in Gainesville, led by two gold medals apiece from Sam Sloan and Christopher Herrod.

Sloan was victorious in the 400 meters and 800 meters, while Herrod took the 110 hurdles and 400 hurdles. Sloan also was part of a winning 4×400 relay quartet along with Brock Bakich, Jimmy Rupple, and Ryan Gadbois. 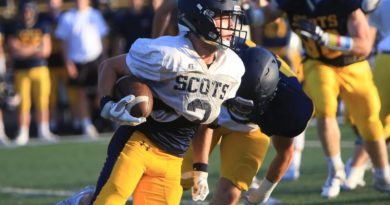