To celebrate its four decades in the community, The Family Place is sharing 40 stories of family violence survivors, community supporters, and the women and men who have helped save lives.

The first story shared began with a woman who’s been a part of the nonprofit since its earliest days – Eliza Solender.

Solender was recruited to serve on the organization’s board by its founder and first board president, Gerry Beer. He goal was simple; to broaden funding. That goal came to fruition with funding from the City of Dallas, an increase in United Way allocations, and the creation of an endowment fund with $650,000 from The Crystal Charity Ball.

“Looking back at myself as a young and inexperienced board president, I am so grateful for the support I received from the board members,” Solender said. “Many were much more experienced, nonprofit directors. The board and Gail Griswold, the first executive director, were open to new ideas and very entrepreneurial. An amazing number of new funding initiatives were accomplished during that period.”

Read the rest of the stories online here. 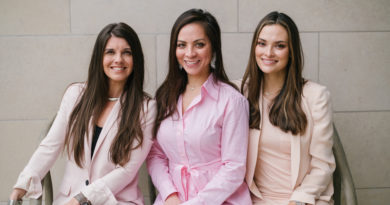