A great man, a humble servant, and a shepherd to millions has passed on – words from former President George W. Bush on the death of America’s pastor the Rev. Billy Graham.

“Billy Graham was a consequential leader. He had a powerful, captivating presence and a keen mind,” Bush said in a statement. “He was full of kindness and grace. His love for Christ and his gentle soul helped open hearts to the Word, including mine. Laura and I are thankful for the life of Billy Graham, and we send our heartfelt condolences to the Graham family.”

Graham died this morning at his home in Montreat, North Carolina. He was 99.

Known as one of the most influential preachers of the 20th century, Graham was a spiritual adviser to American presidents and provided spiritual counsel for every president from Harry Truman to Barack Obama.

Jack Graham, the pastor of Prestonwood Baptist Church, also reflected on the death of Billy Graham, saying, “I’m always asked if I was related to Billy Graham. I am not, but he ‘adopted’ me into his family during his final crusade in Texas in 2002. Certainly, Billy Graham was my spiritual father.

“Today I praise God for the life and message of Billy Graham. Throughout his 99 remarkable years on Earth, he never wavered to call people to repentance in Jesus. Every single one of his sermons — and he preached countless times to millions — was about the cross and the resurrection of Jesus, and every single time he called people to get up and make a public decision and follow Jesus. He did it all with grace and humility and without any apology.

“As we mourn and celebrate with the Graham family the passing of this great man of God, I’m reminded Billy Graham once said his real home was in heaven — he was just passing through this world. This morning, as he arrived at the heavenly shores, I’m sure he heard, ‘Welcome home, Billy.’” 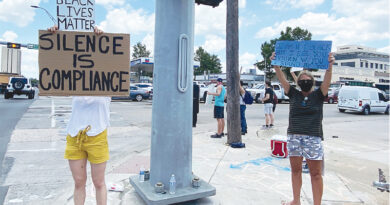 President Bush: Achieving Justice is Duty of All