ESD freshman Kenneth Borders was a standout while representing Team USA during the International Bowl showcase on Jan. 19 at AT&T Stadium in Arlington.

Borders, a linebacker and team captain for the U.S. under-16 national team, returned an interception 78 yards for a touchdown during a 50-0 win over Mexican squad UANL.

Borders was the only player from Dallas on the American squad, and was one of the only freshmen on ESD’s varsity team last season. 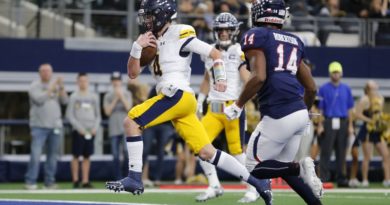