UPDATE: SMU released the following statement: “SMU’s foremost concern is always for students’ health and well-being. For student-athletes, in particular, our goal in our training programs is to emphasize and support health, fitness and injury prevention,” the statement read. “While the University does not comment on pending litigation, SMU is committed to complying with Title IX in its athletic programs and throughout the campus.”

The lawsuit claims that SMU rowers suffered catastrophic hip injuries as result of negligence on the part of SMU athletic department staff and that SMU discriminated against female athletes in the way it allocated its funding and resources in violation of Title IX. The complaint was filed this morning in Federal District Court for the Northern District of Texas.

Just two weeks removed from hip surgery, resting on a pair of crutches, senior Kelly McGowan claimed the university created a culture of inequality among female athletes, specifically those injured.

“My injuries were never diagnosed properly by SMU, and I received inadequate medical treatment,” she said at a press conference late Friday morning. “SMU knew that they had a problem and failed to address it. Even worse, they tried to cover it up and silence the female rowers through intimidation and shaming, some of which our own teammates were part of.”

Alex Zalkin, attorney for the plaintiffs, called the case a “tragic example of SMU ignoring its responsibility to ensure that its student-athletes are provided competent coaching, training, and medical care.

“Adding insult to injury, SMU systematically discriminated against female athletes, and female rowers in particular, by providing them with unequal funding and second-class resources.”

The civil complaint alleges that since its inception, the rowing program was treated as an afterthought, and maintained mostly for the purpose of complying with Title IX. Consequently, SMU rowers were provided inferior resources, including substandard medical treatment and limited access to qualified training personnel.

The lawsuit claims the athletes were subjected to inappropriate rowing and weightlifting techniques and overtraining. As SMU rowers began complaining about hip injuries, their complaints fell on deaf ears. They were told to simply tough it out and were provided with ineffective treatment by inexperienced staff. A “deal with it” culture permeated the SMU rowing program in which injured rowers were discouraged from taking time off to rest and rehabilitate in favor of pushing through their painful and dangerous injuries.

Former rower Lindsay Heyman said when she was injured, unable to row, walk, sit or stand for extended periods of time, that a coach, instead of seeking medical help, asked her if her mattress was too firm – something she said displayed the department’s “desire to hold everyone but themselves accountable for the countless woman they’ve injured.”

Heyman said one of the main reasons she chose to attend SMU was because recruiters ensured her that the rowing team treated its members like family, had values, and that all members operated on those values.

“My first-hand experience with SMU’s lack of value and principle came in my sophomore year when the medical trainers neglected to inform me that I had a hairline fracture in my spine until just hours after I competed at conference championships in New Jersey,” she said.

“It is time that SMU takes ownership for their lack of concern and action for the women’s rowing program.” 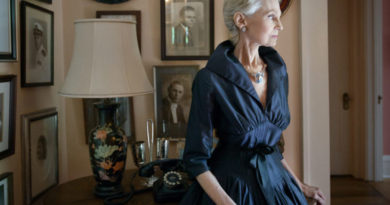