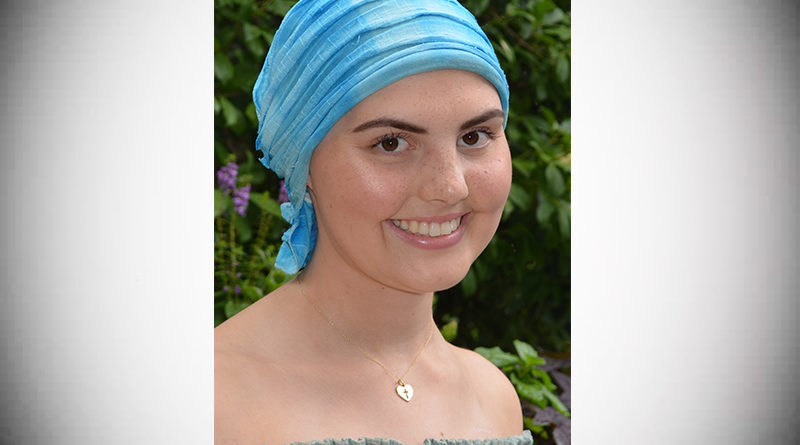 Rebecca loved a good story, and here is our attempt to tell the story of her too short but well-lived life. Rebecca was born in the late evening on March 20, 1999 in Dallas, Texas. She arrived on time and without complications or fanfare, just as we would learn to expect of her. She was the first grandchild on one side of the family and the first granddaughter on the other side, and she was absolutely adored and spoiled rotten. Despite having a whole platoon of adults catering to her every whim, she was the most even-tempered and well-behaved child. It is no exaggeration to say that we were stopped in the streets by strangers who complimented her manners and behavior.

Rebecca attended elementary school at University Park Elementary School where she made many friends she would keep close for the rest of her life. She then attended Highland Park Intermediate and Middle Schools and subsequently graduated from Highland Park High School in 2017. Rebecca truly enjoyed and excelled at school. She had a passion for math and science and hoped to become a doctor—the first one in a family of lawyers. Rebecca was thrilled when she was accepted into Georgetown University and looked forward to living in D.C. and enjoying a bright future.

Unfortunately, Rebecca’s future was cut short. She had been diagnosed with metastatic Ewing’s Sarcoma one week after her sixteenth birthday and had endured over six different chemotherapy regimens and clinical trials and copious amounts of radiation in an effort to be cured. Tragically, the cancer could not be stopped and she passed away at the age of 18 on December 27, 2017 at her home, surrounded by her loving family.

That is the short story of Rebecca’s life. But, there was so much more to her and the 18 years she lived.

Rebecca was the oldest of four children and a wonderful big sister to Elizabeth (16), Trey (14), and Catherine (7). She enjoyed mentoring and advising them, even if they were not always willing recipients of her wisdom. When Rebecca’s health kept her confined to her room, the four of them would often hang out together, laying in her bed or on the floor, laughing and teasing, telling stories and singing songs, often while Catherine danced. Rebecca was the enforcer of our family traditions. She loved family time at the lake for Fourth of July, family fondue parties at Christmas, Sunday Brunch at our table at the Club, and the weeklong birthday celebrations every member of our family receives. She loved to pray with her littlest sister and taught her how to say the Lord’s Prayer.

Rebecca was unbelievably curious. Long after the rest of us had moved on from a subject, she would circle back to get more details or information about whatever we were discussing. She loved to hear the smallest facts and details of our day and often asked questions that led us to appreciate more about what had happened than we originally noticed. She enjoyed meeting new people (aka fresh meat). During her endless hospital stays, she would spend hours examining the doctors, nurses, techs, and anyone else who happened in her room about their families, education, favorite restaurants, etc. But, Rebecca was so friendly and easy to talk with, people willingly answered all of her questions. She would have been a wonderful CIA operative.

Rebecca loved the beach and was fortunate to have visited some of the most beautiful beaches in the world in Florida, Bahamas, California, Hawaii, Mexico, Tahiti, Greece, Montenegro, and Italy. For a pale, white girl, she could log some serious time on a lounge chair in the sun. She loved to travel and considered New York City her second home. While her father worked, Rebecca and her sister Elizabeth, armed with a subway map and credit card, would sightsee and shop all over the city, including at least one memorable trip to the back halls of Canal Street.

Rebecca was very comfortable with herself and confident in who she was. She picked her friends wisely and had many circles of close friends who lifted her up and supported her. Many of Rebecca’s friends and their parents tell us that Rebecca was the voice of reason and they are grateful for Rebecca’s influence. Rebecca never had to be told to do her homework, get good grades, come home on time, or make good choices—she was born with maturity and good judgment. But, Rebecca was not boring. She was a wonderful story teller, funny and insightful, and she loved to laugh. Even when she felt awful, she still smiled and remained positive. Because of her nature and attitude, people were drawn to her. People showed up, called, texted, made her feel included even when she could not be there, and loved her, even when the chemotherapy made her so sick she would throw up on them or in their cars. When she was in the hospital and couldn’t make it to the Senior prom where she was elected Queen, her friends brought the crown to her at the hospital. Rebecca was never isolated or alone in her illness, even as she hid the severity of her disease from others.

Rebecca felt a calling to help others, whether serving on mission trips in Florida, Louisiana or Texas through her church or spending Saturday mornings volunteering with her sister at The Stewpot through her National Charity League work. Rebecca knew that she was incredibly fortunate and was very disturbed by the challenges many of the other cancer patients she met faced and was heartbroken that a family with a child facing cancer may also have to worry about feeding the rest of their family. Rebecca spoke at several fundraisers, including 1M4A and Make-A-Wish, to assist charitable organizations raise money for children in need. During the last month of her life, when she was so weak and sick, Rebecca still found the energy to use the resources she had accumulated during her life to provide food, clothing and toys to many of these families.

Rebecca had many varied interests, but no single passion. Due to her insatiable curiosity, she was a dabbler. She was not a natural athlete, but she loved being part of a team and played soccer, basketball, volleyball, and ran cross country. She water and snow skied. She did not enjoy exercising or watching TV, but she spent countless hours watching exercise videos on her phone. She spoke fluent Spanish and adored Mexican culture and food. She loved spending time in the kitchen where she baked and decorated cakes, made sushi, experimented with juicing, and competed with her father to make the family’s best smoothie. She was a huge fan of any cooking demonstration or video and accumulated many kitchen gadgets that now clutter our pantry and the rest of us have no idea how to use. Rebecca lived in Texas where football rules, and she enjoyed watching the Dallas Cowboys, UT Longhorns, and the HP Scots (even delaying a family trip to NYC last year to watch them win the state championship), but baseball was her sport. She closely followed the Texas Rangers and could easily discuss players, stats, and standings. Rebecca rarely missed opening day at The Ballpark and was in the stands to see the Rangers come so close to winning a World Series title. The Rangers organization treated Rebecca with extreme kindness, granting her special tours and meetings, even allowing her to deliver the game ball to the mound before a game. When Rebecca’s health prevented her from sitting in the hot Texas sun to watch games, they kept a table reserved for her in the air-conditioned lounge behind home plate. Rebecca rewarded the Rangers’ generosity with extreme loyalty. She went to Spring Training and traveled to ballparks all over the country to watch them play. Watching the Rangers, even during the last unfortunate season, distracted her from the constant pain she felt. She was very excited about the new ballpark and will surely be watching when they throw out the first pitch in 2020.

Rebecca loved clean lines and structure. She spent hours meticulously organizing all of the space in her room and took great pride in her color-coordinated and well-maintained closet. It drove her crazy to live in our house of chaos where our preferred storage method is to leave everything out on the counters or floor just in case we may need it. Rebecca’s room was her peaceful oasis and it gave her great comfort and a wonderful place to study, watch videos on her phone, text with family and friends, or dream of better days.

Rebecca was not perfect. We often asked her what color pot she was carrying (was it red and green during Christmas?) because she loved to stir up debate and turmoil. One of her favorite things to do was to throw out an extreme or controversial opinion and then watch the rest of us (ok, mostly her mother) over react to it. She was delighted by lively conversation and disagreement.

During her sophomore year, Rebecca was diagnosed with metastatic Ewing’s Sarcoma. Up until the day she died, Rebecca believed she would be cured and did not believe the prognosis or statistics she was given. She lost her hair, weight, and her ability to leave Dallas to go to Georgetown University for college, but she never lost her desire to live. She continued to work hard every single day to make sure her future would be everything she wanted. She spent hours studying and was very troubled by the amount of school she had to miss during her treatments. Her teachers moved mountains to accommodate her erratic schedule, and their flexibility, combined with Rebecca’s tenacity, enabled her to walk the stage at her high school graduation on time, with honors and to a standing ovation. Rebecca’s health and medical treatment prevented her from leaving Dallas for college, but she was welcomed with open arms at Southern Methodist University where she was able to attend a few classes before she had to withdraw in October for medical reasons.

On the day she died, Rebecca told us that she was ready to go. She knew Jesus was waiting for her and she was ready for her suffering to end.
Rebecca is survived by her parents, Marty and Amy Brimmage, her sisters Elizabeth and Catherine and her brother Trey, her maternal grandmother Marian Buchanan of Austin, Texas, her paternal grandparents Billie and Dale Brimmage of New Braunfels, Texas, her Aunt Christina and Uncle Richard Wright and cousins Ben and Will of Austin, Texas, her Uncle Jerome and Aunt Leslie Brimmage and cousins Jacob and Caleb of Lufkin, Texas, her Aunt Rene Brimmage of New Braunfels, Texas, her Aunt Laurie and Uncle Craig Leavers and cousins Sanden, Kacy and Ben of Mount Calm, Texas, and numerous other loving relatives and friends.

We are so thankful for the wonderful and compassionate care Rebecca received at Children’s Medical Center of Dallas. The doctors, nurses, technicians, staff, and valet treated her with such tenderness and kindness and did their best to make Rebecca feel like she was among friends during the hundreds of visits and overnight stays she had. We thank Dr. Laetsch for the numerous hours and unimaginable creativity and patience he showed while trying to cure Rebecca. We thank our wonderful families, countless friends and co-workers, and our entire community for their tireless support and prayers as they all Rallied for Rebecca. Childhood cancer is cruel and awful, and must be stopped. If you want to continue Rallying for Rebecca, please consider a donation to an organization that targets research dollars for pediatric cancer. Rebecca was particularly drawn to and supportive of 1 Million 4 Anna, an organization whose specific mission is to eradicate Ewing’s Sarcoma.

A Service of Celebration and Thanksgiving for Rebecca’s life was held on January 5, 2018 at 10:00 am in the Sanctuary at Highland Park United Methodist Church in Dallas, Texas.