Highland Park reached the championship game of the HP Scot Classic tournament on Saturday before taking its first loss of the season against Rowlett.

Still, the runner-up finish on its home court gave the Scots (4-1) plenty of momentum heading into a nondistrict home game on Tuesday against Arlington Bowie.

HP swept all three of its pool-play games in the tournament, defeating Lake Highlands 72-59, HSAA 97-75, and Trinity Christian 38-36 before having its four-game winning streak snapped following a first-half blitz by the Eagles.

On the girls side, HP also finished as the runner-up after three days of bracket play, suffering a 69-52 defeat against HSAA in the championship game.

The Lady Scots (3-3) cruised to a 77-32 win over W.T. White in the opening round and rolled past Conrad 50-21 in the quarterfinals. Then came a stellar defensive effort during the middle two quarters of a 54-41 triumph against Richardson Berkner in the semifinals.

HP led at halftime of the title game before a furious comeback by HSAA snapped the winning streak for the Lady Scots. Next up, HP will host Mansfield Legacy on Monday.

Lady Scots Fall in 15-5A Opener 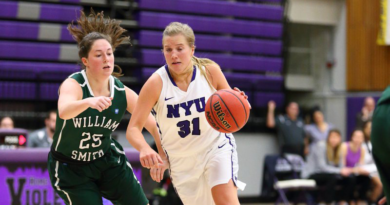