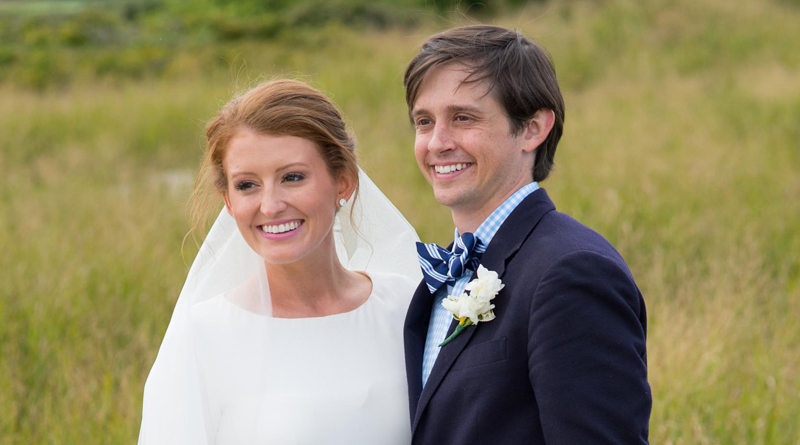 Mackenzie Elizabeth Horan and Rudolf William “Will” Beuttenmuller IV exchanged sacred wedding vows Saturday, September 2 at Siasconset Union Chapel in ‘Sconset, Mass. Father Gregory Schweers of Cistercian Preparatory School officiated their ceremony. Dining and dancing followed at the Summer House Beachside Bistro in Nantucket, Mass. Their first dance was to “Can’t Take My Eyes Off of You” performed by the Sultans of Swing. The parents of the groom sponsored a rehearsal dinner at The Chanticleer in Siasconset on the Thursday evening before the wedding.

The bride was given in marriage by her parents. She was escorted down the aisle on the arm of her father. Mackenzie wore an elegant silk crepe gown designed by Sarah Seven.

The bride is a graduate of Darien High School in Darien, Conn. and graduated from Bucknell University with a Bachelor of Arts in French language and literature. Mackenzie writes for the lifestyle blog, Design Darling, in Greenwich, Conn.

The groom is a graduate of Cistercian Preparatory School in Dallas and graduated from Princeton with a Bachelor of Arts in economics. Will is a senior financial analyst at Bluegrass Capital in New York.

Following their wedding trip to South Africa, Tanzania and Kenya, the couple will make their home in Greenwich, Conn.