The lack of postseason implications hardly diminished the stakes of Friday’s clash between rivals St. Mark’s and ESD to wrap up the regular season.

Preston Morway passed for 381 yards and four touchdowns as the Eagles surged past the Lions 34-17 at Hunt Family Stadium to maintain their recent winning streak in the series.

Two of Morway’s scoring tosses went to Patrick Skalniak on plays covering 82 and 63 yards. Both helped to extend the ESD lead in the second half after St. Mark’s closed the gap. Skalniak finished with seven catches for 211 yards in his final game for the Eagles (5-4).

Morway also threw a pair of touchdown passes in the first quarter — an 8-yarder to Blair Oden and a 41-yarder to Braden Rhone — to help ESD open up an early 14-0 lead.

The Lions (5-3) battled back thanks to the Colin Neuhoff and Paxton Scott, who connected on two scoring passes in the second half. Yet ESD responded on both occasions, then got some insurance with a late 1-yard plunge into the end zone by Ken Zhang.

Seun Omonije rushed for a game-high 62 yards in his final game for St. Mark’s, which had its three-game winning streak snapped. The Lions still showed dramatic improvement this season after winning just one game a year ago.

The Eagles have won four straight games against St. Mark’s, each coming by a margin of at least 17 points. 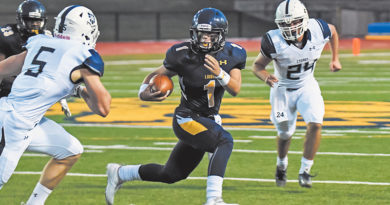 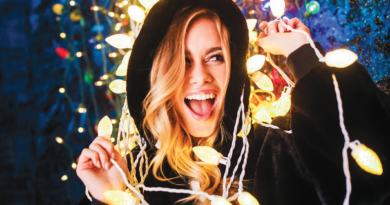