SKULDUGGERY OF THE WEEK: GESUNDHEIT PROWLER

An allergy-suffering burglar may still be sneezing after leaving a leather pouch containing four Benadryl, a Zyrtec pill, and about $4 in cash in a black 2015 Land Rover broken into between 7:30 a.m. and 4:35 p.m. Monday in the 3700 block of Normandy Avenue.

23 Monday
Stolen sometime overnight before 10:50 a.m.: An old, gray garage door opener for a Chicago home from an unlocked black 2012 Lincoln MKX in the 4500 block of Abbott Avenue.

A $4,000 men’s large carbon bicycle was stolen sometime between 10 a.m. Oct. 18 and 6 a.m. Monday from a frequently unlocked garage in the 3400 block of Princeton Avenue.

29 Sunday
Damaged: A brick safety wall, safety sign posted to a galvanized pole, and a concrete parking stop in the 3900 block of Potomac Avenue. According to a police report, an unoccupied green Ford Focus was found unlocked at the scene around 9:21 a.m. with the windows partly rolled down. A state identification card belonging to a 31-year-old Dallas woman was left in the vehicle and is being held by police for “safekeeping.”

A University Park woman reported Monday afternoon that between 8 a.m. and 8 p.m. Oct. 22 the third-row seat was stolen out of her 2009 white Cadillac Escalade at her home in the 2700 block of Stanford Avenue. The seat was valued at $1,500.

24 Tuesday
A homeowner reported Tuesday morning that on Oct. 11 she paid a contractor $800 but he never returned to her home in the 4200 block of San Carlos Drive to complete the work.

Stolen overnight before 8:20 a.m.: Credit cards from a purse left in a 2014 black Range Rover parked in the 2700 block of Rosedale Avenue.

Arrested: a 21-year-old male accused about 2 p.m. of disorderly conduct and unreasonable noise in the 3200 block of Rosedale Avenue.

28 Saturday
A former Bubba’s Cooks Country employee was issued a trespass warning around 3 p.m. at the restaurant in the 6600 block of Hillcrest Avenue.

A 43-year-old male homeowner reported that around 11:30 p.m. an unknown youth stole a $300 hoverboard from his house in the 6900 block of Vassar Avenue. 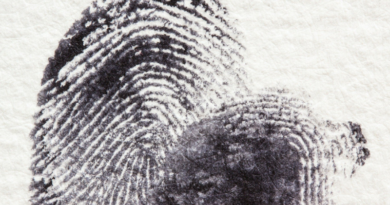