Brian Stokes Mitchell, two-time Tony Award-winner and Theater Hall of Fame member, was announced as the featured entertainment for the Dallas Summer Musicals (DSM) Gala on Nov. 4 in the Music Hall at Fair Park.

Mitchell replaces Broadway star Bernadette Peters, who was originally slated to perform at the gala.

DSM Gala Co-chairs Andy Smith and Paul von Wupperfeld are confident Mitchell will be a great addition to the event.

“We are thrilled to have the incredible Brian Stokes Mitchell as our new featured entertainer for the 2017 DSM Gala,” Smith said. “A change in entertainment had to be made due to Ms. Peters recently being cast in the lead role of Hello, Dolly! on Broadway, and we wish her much success.”

DSM partners with Broadway Across America to bring Broadway favorites to Dallas with year-round performances for all ages. The gala, which features cocktails and fine cuisine, supports DSM’s education and community outreach programs, such as the DSM High School Musical Theatre Awards, Seats for Vets, Seats for Kids, Kid’s Club, Hear Us Now! and DSM Community Performance.

The 2017 DSM Gala presenting sponsors are The David B. Miller Family Foundation, Ruth and Ken Altshuler, and Ticketmaster.

Individual dinner and show tickets, as well as underwriting opportunities are available online at DallasSummerMusicals.org. For more information, call the DSM development office at 214-426-6333. 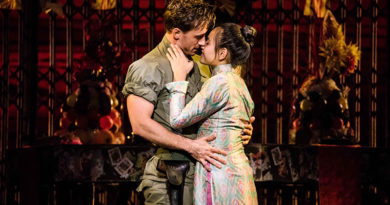 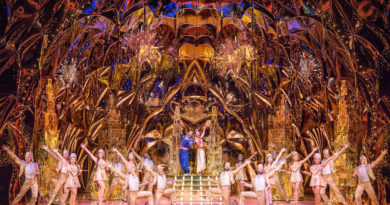