Open land between Highland Park United Methodist Church and nearby apartments looked ready to become a construction site. To the Rev. Paul Rasmussen, it also looked like holy ground.

There, across Hillcrest Avenue from the main church campus, Highland Park UMC is building its Tolleson Family Activity Center. The 65,000-square-foot building will include special-needs ministry and youth ministry spaces plus underground parking for 140 vehicles.

“Thousands upon thousands will pass through these hallways and their lives will be changed and impacted for the better,” Rasmussen, the senior pastor, told those assembled for a ceremonial ground breaking in late August. “That is holy ground.”

The first floor, devoted to special-needs ministry, will include a sensory room, motor movement room, and a kitchen. The second floor will serve the youth ministry and feature a gaming center, lounge area, and café. The third floor will house a gymnasium and a 500-person worship center.

The church’s former recreation center, called the Biggers Building, used to be on the site, communications director Mary Tanner Wilson said. “Now we have knocked that building down and we are going down below and up.”

The Tolleson Family Activity Center, scheduled to open in early 2019, is the capstone of a multimillion-dollar capital campaign inspired by the church’s centennial milestone celebrated in February 2016.

“To celebrate the milestone of Highland Park UMC turning 100 years old, we launched the capital campaign called Beyond,” Wilson said.

The plan included the $38 million new building along with investment in other ministries, including Habitat for Humanity, and the opening of three new churches in five years.

Highland Park UMC opened Church at the Square in South Dallas to serve nearby homeless populations including residents of City Square’s cottages, 50 tiny homes made available to chronically homeless people.

Another new church, The Grove, will open across the street from W.T. High School on Oct. 22.

Wilson said Highland Park UMC is still looking for a location for the third new church. 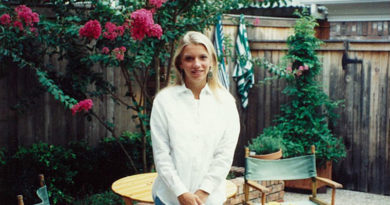 Not Going Away: Eating Disorders