Launched in 2012, the TACA Donna Wilhelm Family New Works Fund was established following a hosted discussion on the importance of developing new artistic works for the vitality of the North Texas community. To date, it has provided $500,000 in grants and awards up to $100,000 annually to support the development and performance of innovative new works of music, dance, and theater in Dallas County.

In 2015, TACA developed the TACA Bowdon Family Foundation Artist Residency Fund in response to the 2014 edition of its annual arts-related symposium, Perforum, during which members of the local arts community expressed a need for more support of unique artist-community engagement opportunities.

To date, the fund has distributed $200,000 to seven projects, and awards up to $50,000 annually to support the development of innovative artistic residency programs in Dallas County.

In addition to these two funds, TACA provides general operating and project-related grants to nearly 50 performing arts organizations each January. In its 50 years, TACA has distributed more than $28 million to 162 arts organizations.

“It’s been my honor with TACA to foster the creative courage, passion, and talent that produces new works of extraordinary merit,” said TACA Board Chair Donna Wilhelm said. “I encourage other donors to invest with TACA in building the capacity of all the arts of our community — to dream big and to transform lives in new ways.” 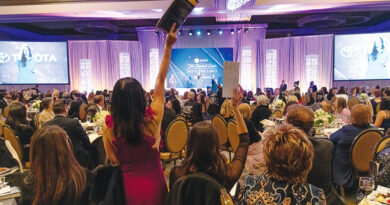