Lisa Hart Willis, a Dallas media analyst and strategist, has been named to USA Film Festival’s 2017–2018 board of directors.

Willis, who began Willis Public Relations three decades ago, also has been a member of the festival for 30 years.

“She brings an obvious love of film, as well as a long background in community service as well as public relations expertise to our organization,” festival executive director Ann Alexander said.

Active in the community, Willis was a founding member of The Ambassadors of The Dallas Council on World Affairs and The Junior Associates of the Dallas Museum of Art. She was chairman of the board of directors of Big D Beat, Inc. (benefiting the American Heart Association) and ball chairman of The Dallas Heart Ball (1991). She is also a member of the Women’s Board of The Dallas Opera.

The USA Film Festival, 6116 North Central Expressway, Suite 105, is dedicated to the recognition and encouragement of excellence in the film and video arts providing year-round programs and events.

These events include an annual spring film festival now in its 48th year; the annual KidFilm in its 34th year; special film premieres; a 40-year-old Short Film Competition; year-round “Meet the Filmmakers” screening opportunities; film series and retrospectives organized around important themes and filmmakers; presentations of restored prints on the big screen; and educational activities including filmmaker discussions and extensive community outreach activities. 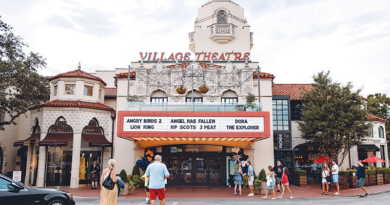 Perry-Miller is Film Festival’s 2011 Board President