SKULDUGGERY OF THE WEEK: STEALING BEAUTY

9 Wednesday
Between 12:50 and 12:57 p.m., a 30-something-year-old man “reeking of marijuana” asked to see men’s bags at Saint Laurent in Highland Park Village. While an employee went to retrieve a plain black bag on top shelf to show him, the shoplifter grabbed two other bags he had been shown, a $1,390 Saint Laurent City bag and a $995 black Flamingo print bag, and fled in a black four-door Dodge. He left behind a handprint on the glass door.

10 Thursday
Reported at 9:49 a.m.: the theft of a 2015 Mercedes S model sedan from a home in the 3800 block of Mockingbird Lane. The owner left the car in his driveway to go on vacation from July 6 to Aug. 10, but learned from Arkansas authorities on July 19 that the Mercedes was being used in criminal activities there. Several people had access to the house, where the keys were located. The car has been recovered.

8 Tuesday
Reported at 8:37 a.m.: the theft of $20,000 in building materials including copper wire, copper tubing, and a breaker box between Aug. 3 and 4 from a home construction site in the 3000 block of Hanover Street.

11 Friday
Arrested: Alexis Oved Valdez, 19, of Dallas. He is accused of marijuana possession and taking a variety of tools, a compressor, and other property at 12:57 a.m. from an unlocked detached garage at a home in the 4300 block of Stanford Avenue.

At 2:07 a.m., a resident of a home in the 4200 block of Purdue Street found in his garage a burglar, who then fled. Tools were recovered at the scene.

12 Saturday
Between 6:30 and 6:40 a.m., a robber brandished a handgun and demanded money from the register at Starbucks at Snider Plaza.

13 Sunday
Arrested: Denis Alexander Garcia, 30, of Irving. He is accused of driving while intoxicated at 7:06 a.m. in the 4100 block of Purdue Street. 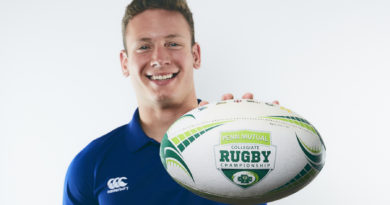