Ernestine Slanti’s hands were shaking as nearly 300 people listened to her read a poem on a small coffeehouse stage.

Slanti wasn’t even sure if she could make it to the reading. Nerves and a fear of sharing her work made her want to run away, but a sense of obligation to a wide-eyed group of fourth-graders ultimately convinced her to overcome her fears.

The Common Ground Experiment started as a class project at Wesley Prep to provide sack lunches and Christmas cards to Austin Street Center, a shelter helping the underserved transition out of homelessness.

It’s evolved into a poetry workshop between students and the Austin Street Center, and ultimately led to a book and poetry reading at Opening Bell Coffee.

“We wanted to foster creativity and let our students get to know [the ladies at Austin Street Center] on a long-term basis,” said Lori Cousino, the fourth-grade teacher who spearheaded the project. “It was also a way to expand their network of support and build relationships, as the number one cause of homelessness is actually relational poverty.”

For two hours twice a week, students met with women to write poetry at the Austin Street Center, where rows of cots provided a stark contrast to the beautiful grounds and colorful classrooms of Wesley Prep.

“It’s an unlikely pairing,” Cousino said. “You wouldn’t think kids from a private school in Dallas and someone in a homeless shelter would become friends. We were writing these poems together and meeting these ladies; we wanted to show the community you can find common ground with anyone.”

According to Monica McGee, the women’s program manager at Austin Street Center, the pairings created an unbreakable bond between the women and students.

“It meant a lot to the women to develop these relationships,” McGee said. “I saw compassion and love from [the women of Austin Street] I hadn’t seen before. They truly bonded, and I don’t think the relationships are over yet.”

The students made a website and sold T-shirts to raise money so they could print books with the poetry that came from their workshops. The collection has raised more than $6,000 for the Austin Street Center.

The books, also available at commongroundexperiment.com, were sold at the Opening Bell poetry reading April 29, where students and their partner took the stage to read their poems aloud to the jam-packed coffeehouse audience.

“We didn’t know if it would translate to people actually coming,” Cousino said. “But we ended up getting 280 people to come to this tiny little coffee shop. It was incredible.”

The event ended with the group reading a poem together, in which the women would speak in unison, and the students would reply.

“If we just stop and talk to people, it can change both our lives,” said Dylan Ratterree, a fourth-grader who participated in the Common Ground Experiment. “I think it is cool how that works. If everyone did that, I bet only half as many people would be homeless.”

WANT TO HELP?
Purchase a book, make a donations, and learn more at commongroundexperiment.com 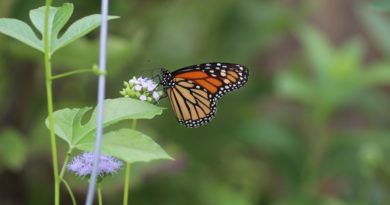