Every Saturday, Tai Massimilian straps on her helmet, grabs some water, and heads out in Austin on her bike. But the University of Texas junior isn’t just making laps around her block. She’s riding upwards of 70 miles, training for one huge ride.

Huge isn’t even the right word. The Hockaday grad will ride from the Texas capital to Alaska with Texas 4000, a student-run UT organization that trains for and plans the annual ride to raise money for cancer.

“I mean, I knew how to ride a bike but nothing like what I’m doing now,” she said. “At most, I did a couple spin classes a week, so this is definitely like starting from scratch.”

Massimilian, along with 77 other riders, will depart June 1, heading across the Southwest with stops in Santa Fe and Lake Tahoe, and then up the West Coast, checking into San Francisco, Portland, and Vancouver before reaching Anchorage, 70 days later.

She’s dedicating the ride to her older brother Domenic’s former girlfriend, who was often in and out of the house, sitting on their kitchen barstools, and chatting with Massimilian, her mom, or other brother.

One day after the couple broke up, Domenic came home to share that his former girlfriend had been diagnosed with leukemia.

After a long fight of chemotherapy, bone marrow transplants, and intensive care, Ursuline alum Micaela White died at the age of 18.

“I remember when she died. She was so young, and I felt like she had just been in our house,” Massimilian said. “I remember my brother sitting in our kitchen literally slamming his fists on the bar, and he was just talking, and yelling, and crying with my mom, saying she was the last person to deserve something like this.”

White’s spirit lives on in her foundation, Micaela’s Army, which raises thousands of dollars each year for leukemia research in White’s name.

“She passed away when she was only 18, and I just turned 21,” Massimilian said. “So much of her life was taken away, and I just felt this need to go on this crazy adventure because I need to squeeze in all this life she didn’t get to live.”

Micaela’s story, though heart wrenching, is not unique. According to the American Cancer Society, one in two men and one in three women in the U.S. are expected to be diagnosed with cancer at some point in their lifetime.

“No one should have to go through what Micaela’s family went through, but so many people do,” she said. “Cancer is just so insanely prevalent to me. It really blows my mind how common and also how devastating it is.”

Massimilian expects a 4,000-mile ride to be a breeze by comparison, though her parents, while supportive, are “definitely a little nervous.”

“My mom looked at me and said, ‘You know this is going to be really hard. Really hard,’ ” Massimilian said.

As the group’s countdown to the June 1 departure hits double digits, she admitted she’s getting a little nervous. But more than anything, she said she is excited to share the organization’s message.

“Texas 4000 is a great reminder that going through cancer or knowing someone fighting cancer can be lonely experience, but that you never have to go through anything like that alone,” she said. “There is a lot of ugliness and negativity in the news and all around us all the time, but it’s been a great reminder that people are out there that are genuinely trying to make a positive difference in a really unselfish way.” 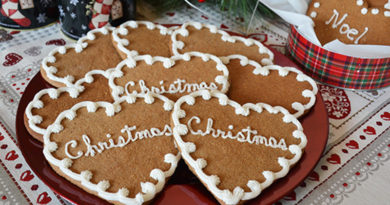 Symbol of The Season: Hearts 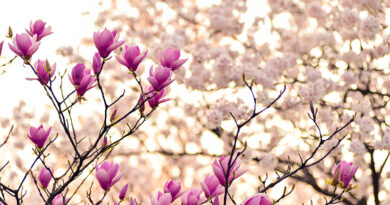 Triplets to Graduate From 3 Different Schools