I did not expect to hear those words coming from my sister’s mouth on the drive home. I had just moved in with Sarah and her husband a few weeks before. I was speechless, shocked, and maybe a smidge angry. A baby? My older sister wasn’t supposed to have a baby or be a mom … not yet anyway. I wasn’t ready. There was supposed to be a warning, an announcement to the family that they were going to start trying so we could mentally prepare. But that’s not how life works. They weren’t exactly expecting either.

My reaction to the news that my home-owning, married, five-years-older-than-me sister was going to be a mother probably could have been better. I promptly locked myself in my room until I could escape to work a few hours later. Mixed tears of unavoidable happiness and confused anger soon followed. Of course, I couldn’t deny the natural feeling of joy about a new life on the way, but what would happen to my sister? Would she change? Would our relationship change? It seemed the word “sister” no longer described her. It was “mother” now.

Growing up I was either known as “Sarah’s little sister,” or I identified myself as such. She set a great example for me to say the least. Sarah was the big sister and I was the little, hopefully not annoying, one. I hadn’t thought about her in any other way, and definitely not as a mother. I mean, heck, it was weird enough when she got married.

Change is scary for everyone, and a baby is one of life’s biggest challenges. I was afraid that a baby would, in a way, take my only sister away. Our sisterhood bond would grow smaller as her baby-belly grew bigger.

Dramatic? Maybe. Selfish? Possibly. Did I feel guilty for thinking that way? You bet. But those were the thoughts that flooded my mind after hearing the news last summer.

Nevertheless, months went by and preparations were made. Jokes about my sister’s size and shape ensued as reality set in — the baby was coming.

It has been about three months since my sister’s healthy baby boy came into this world. So what has changed? Well the house stays just slightly dirtier than it used to, baby books have claimed the coffee table, and the fear of losing my sister to motherhood has disappeared. Living with her during this time allowed me to see her change physically, but also helped me see that a baby wasn’t going to change who she is or our relationship. Sarah is still my sister. She’s just a mother now too. 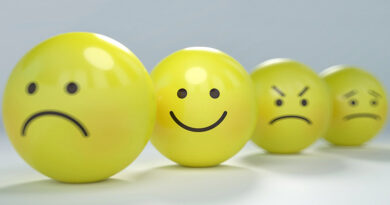