Strolling around NorthPark Center, it’s obvious safety has become a top priority: security officers pacing outside stores, escorts zooming shoppers to and from their vehicles, and – perhaps most telling – lots of smiling faces.

But a greater emphasis on security hasn’t translated to fewer crimes inside the mall, and has led to mixed results directly outside of it, according to police reports.

In early 2016, following a string of parking lot robberies, including one in broad daylight, NorthPark visitors asked for more security at the upscale shopping mall located off North Central Expressway.

More than 1,000 people signed an online petition calling for parking lot escorts and confirmation that the mall’s security cameras were operational.

Petition organizer Heather LeClair met with NorthPark staff to discuss the potential security upgrades. “I truly felt as though they really heard the concerns of the community,” LeClair stated in a follow-up post on Change.org, the site on which the petition was formed. “I was very pleased to hear they have been working on enhanced security initiatives for some time, and they were grateful for a forum in which to share them.”

Some of those initiatives included a courtesy shuttle with a concierge escort at the mall’s four main entrances; an increased Dallas Police Department (DPD) presence; an enhanced surveillance system, including additional cameras in the parking garages; security bike patrols; and new signage with security contact information for customers to report concerns.

“These efforts have been met with positive feedback from our customers, who appreciate the extra steps to provide a superior shopping experience,” said Kristen Gibbins, NorthPark’s executive director of marketing.

NorthPark has a dedicated staff of full-time and part-time security personnel, on- and off-duty police officers, undercover officers, and managers-on-duty “to assist with any needs that may arise in a typical shopping day,” Gibbins explained. “While most of their time is spent helping customers navigate the shopping center or locate their vehicles on the expansive property, they are trained and ready to assist in the case of a security issue.”

Indeed, there’s at least a sense that NorthPark shoppers and their belongings are safer nowadays.

“We come here all the time,” said Maria Cortez, a Dallas resident and mother of three young children. “I feel completely safe bringing my kids here. Always have.”

Along with droves of others, Cortez spent a recent Sunday afternoon buying her kids’ summer wardrobes. Long lines at the food court and inside nearly every store showed that plenty of area residents feel safe shopping at NorthPark.

Retailers? Perhaps not as much. DPD records show that shopping-related crimes inside the mall actually increased in 2016 within NorthPark stores.

Shoplifting increased by about 25 percent this past year, with more than 110 reported incidents in 2016 compared to just more than 80 incidents in 2015. Many of the in-mall thefts occurred at Macy’s, Neiman Marcus and Nordstrom, which together also reported 15 and 19 cases of embezzlement in 2015 and 2016, respectively, according to DPD records.

“I haven’t noticed any real increase [in crime] recently,” said J. Ruiz, a DPD officer who works as security at NorthPark.

Personal thefts – those reported by individual shoppers – stayed relatively constant between 2015 and 2016, with about 50 incidents reported in the past two years.

“Crimes of opportunity can happen anywhere, which is why we encourage our customers to remain vigilant and to not leave valuables in their vehicles, especially in plain sight,” Gibbins said.

Enhanced security outside the mall seems to be working. The number of reported vehicle thefts dipped from more than 20 in 2015 to fewer than 10 this past year. Criminal mischief and vandalism at the mall were also down in 2016, according to DPD records.

While no assaults were reported at NorthPark in 2015, five cases were reported last year. There were also four more reported burglaries at the shopping center in 2016 than the previous year, police records show. The reports did not specify whether these particular crimes occurred inside or outside the mall.

“NorthPark Center remains one of the safest shopping destinations in the United States, despite being one of the busiest,” Gibbins said. 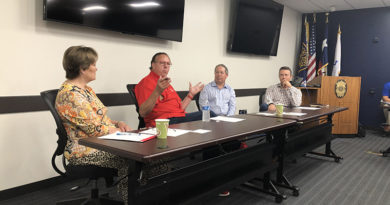 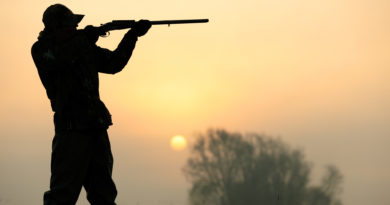