GARLAND — Highland Park didn’t have enough in the tank for another comeback on Friday. Then again, Mansfield Timberview had something to do with that.

A mild rally wasn’t enough for the Scots, whose playoff run ended with a 61-48 loss to the Wolves in a Class 5A Region II semifinal at the Curtis Culwell Center.

The defeat snapped a 16-game winning streak for HP, which was playing in the regional tournament for the first time since 2008.

“We’ve got a lot to smile about. We had a great year and overcame a lot of adversity,” said HP head coach David Piehler. “I don’t want us to only remember how it ended.”

The Scots (26-10) trailed by 18 points in the third quarter before an 8-0 run — capped by an Ethan Nussbaum jumper — trimmed the deficit to 10 early in the fourth. However, HP never got any closer as the quicker Wolves (29-7) played an aggressive half-court man-to-man defense.

Nussbaum almost single-handedly kept the Scots within striking distance by scoring a game-high 23 points. The senior guard scored more than half of HP’s points after halftime.

However, HP struggled to consistently stop the Wolves, who controlled the paint on both ends of the floor. They scored on penetration and putbacks, and held a 28-16 rebounding advantage.

Timberview gradually pulled away, opening up a double-digit lead in the second quarter before blistering the nets in the third. The Wolves also were 12-of-14 from the free-throw line.

“We had some costly turnovers. We gave them too many easy baskets. In the first half, the damage was done,” Piehler said. “You can’t get that far down against a team like that. I thought we had a comeback in us. But we battled.”

Tim Johnson paced a balanced attack for Timberview with 17 points, while Isaac Likekele added 14 points and nine rebounds. Also in double figures were William Owens with 13 points — including Timberview’s only 3-pointer — and Chris Mullins with 11.

Michael McMonigle contributed nine points for HP and Alex Staffaroni, who hit the game-winning shot against McKinney North in the regional quarterfinals, tallied six. Leading scorer Will Enzor was inactive throughout postseason play.

Piehler said the loss won’t change his affection for this year’s HP squad, which he said demonstrated significant heart and character by qualifying for the fourth round of the playoffs.

“That says something about their integrity,” Piehler said. “We were a very unified team. We were tight. I couldn’t be more proud.” 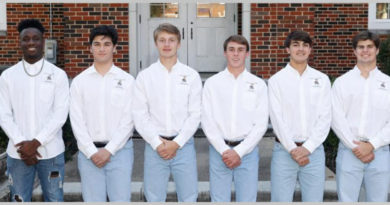 HP Looks to Bounce Back in Home Opener