Andy Beal, Dallas billionaire, banker, and economic advisor to President Donald Trump, has razed the 1912 C.D. Hill-designed Trammell Crow estate on Preston Road he purchased less than a year ago.

DFW Pre-Demolition and Estate Sales posted the news on Facebook Jan. 16 with details about property that will be sold off piecemeal before the teardown. The house was torn down Feb. 13.

The Park Cities boast a number of historic homes designed by world-famous architects — a number that is rapidly decreasing as a generation of homeowners who share a distaste for “used homes,” a new vernacular for homes that already exist and which other people may have already lived in, move in to the neighborhood with cash to spend on teardowns and custom building.

“Lot values are increasing, but house values are decreasing,” he said. “What’s starting to happen is … people are buying the houses and lots for lot value, so basically the houses aren’t worth anything.”

In the last six months, the town of Highland Park has issued demolition permits to 15 homeowners. In the past five fiscal years, 157 demolitions were granted.

These permits can be found online. They are accepted once the seven code compliance regulations are confirmed and the $200 price tag paid, according to Highland Park Development Services Manager Kirk Smith.

Smith says the process is modeled on University Park’s, which has similar pre-demolition inspection requirements, and, similarly, no regulations on what properties will be approved.

“The only thing we refer to is the state of Texas historical markers, and I don’t know that there are any in the Park Cities,” Smith said. “The town doesn’t have anything to stop any properties from getting torn down.”

“It’s unfortunate that that’s the situation over there,” Preziosi said, “because there really are — not as many any more, but there are still a lot of — historic places, [but] developers can make [more] money off the lot without the house on it.”

The Trammell Crow estate is a high-profile example because of the astronomical price tag, and because of the Disney-castle wow-factor, but it is hardly the only famous home to earn the death sentence in recent history; another Hill-designed house just a few blocks down and a slew of O’Neil Fords, including the Penson house on Armstrong Avenue, have met the same fate.

“It’s … an opportunity to make money,” Preziosi said. “If you look at the Penson house, which just sold last December, they … tore down the house and now they’re marking it for $1 million more than they bought it for.”

There are no preservation districts in the Park Cities, so while an organization like Preservation Dallas can put Highland Park buildings on its Most Endangered Historic Places list, it can’t legally protect a building; nor do the Park Cities have any legal recourse to landmark houses, so the only efforts to preserve old buildings are elective.

The Park Cities Historic and Preservation Society (PCHPS), whose stated mission is “to preserve, protect, and promote the historic, architectural, cultural, and aesthetic attributes and traditions of the Park Cities,” has appealed to local authorities to address residents’ concerns about preservation.

“We are saddened to see so many existing properties in our community not restored and instead replaced,” PCHPS President Kendall Jennings said. “Unfortunately, there is no legal action PCHPS can take in order to prevent property owners that wish to tear down and build new structures.”

Jennings said she personally spoke with Highland Park and University Park officials, who declined to issue a statement except to say that they were operating within Texas’ property rights laws.

“Unless they enact an ordinance that enables property owners or groups to landmark,” Preziosi said, “there’s nothing that can be done.”

Competitive property values are a hallmark of the Park Cities, and homeowners seek to increase their value by updating, renovating, or rebuilding. But when all the history has been erased and paved over, preservationists worry that in terms of true value, the Park Cities are at a loss. 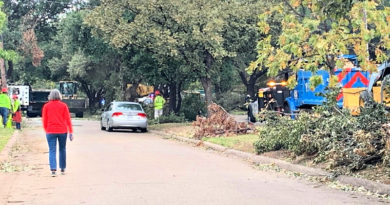 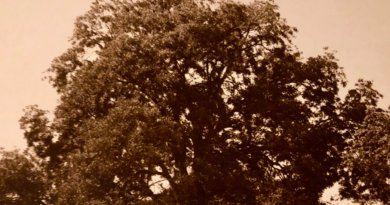 One thought on “Appetite for Destruction”