A combination of speed and strength led Highland Park to a runner-up finish in the team standings at the North Garland Raider Invitational on Feb. 16. The Scots trailed only Sachse in their season debut.

HP’s Turner Coxe won a gold medal in the discus and was third in the shot put. Sam Sloan won the 800 meters, while Varun Ravi placed second in the 300 hurdles. The Scots also swept the top two spots in the pole vault with J.B. Williams and Etienne Black.

In girls action, HP came in 10th as a team at the Newman Smith Trojan Relays on Feb. 18 in Carrollton, led by a third-place finish by Maddy Stephens in the 800.

The Scots will return to the track on Thursday at The Colony Invitational, while the Lady Scots will next compete on Saturday at McKinney Boyd. 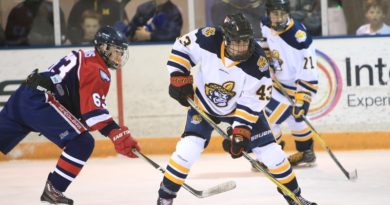