The competition called for teams to build a robot and have it navigate an obstacle, and also to work on a project that addresses an aspect of humanity’s negative impact on the environment.

The girls, who call themselves the “Bee-Lievers,” called their robot “Do Not Phil” as a play on the words “Do Not Fail.”

The Bee-Lievers researched declining bee populations in Texas and set about raising awareness. They launched a “Save the Bees” petition drive, and even reached out to the White House for support.

“It was challenging implementing the course of action we wanted to take,” Jiaying said. “We sent out tweets to celebrities or letters asking them to promote it, but since they’re celebrities, none of them replied.”

Nevertheless, the petition garnered around 180 signatures. The girls plan to keep promoting their concerns.

Initially, the team focused on domestic bees raised by beekeepers, but Sumner’s father (a beekeeper himself ) alerted the girls to the threats feral bees face.

The girls learned many facts about bees, and the threats to their survival, during the project.

“I learned how important bees were,” Mary said. “They pollinate plants, and we need them to survive.”

As for their robot, the girls didn’t place in the competition, but they were recognized for good sportsmanship and professionalism.

“Working under stress was hard but we got it done,” Katherine said. 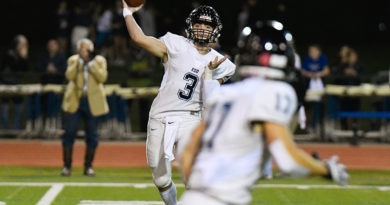