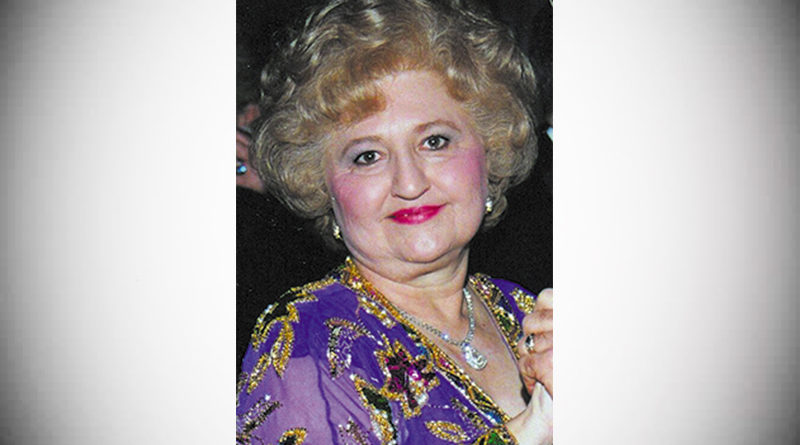 A faithful servant, loving wife, mother and grandmother, Mrs. Don V. Averitt (Beth) was called home by her Lord on January 27, 2017, due to complications from Alzheimer’s.

Beth, a fourth-generation Texan, was born in Greenville, Texas and reared in East Texas by her parents, Oline and L.F. Raynes, lifelong educators. She grew up in Commerce and communities surrounding her family homestead in East Texas. She graduated Valedictorian of her high school class, and attended East Texas State University, majoring in organ, piano and business. Beth married her high school sweetheart, Don V. Averitt, and moved to Dallas where she began her early career as a legal secretary with Mobil Oil Corporation.

Pausing her career to begin her family in the early 1960’s, she returned to work and developed her love for interior design, working with her husband, a real estate developer, on many commercial office and hotel projects. She also enjoyed a position with her husband’s alma mater, Southern Methodist University, in the Cox School of Business. Beth continued her love of the Mustangs, during her sons’ educations by being active in the SMU Mother’s Club and Sigma Chi Mother’s Club and continued to don her red and blue at Ole Miss, supporting her daughter’s ADPi sorority chapter. She began attending SMU football games again in the new Ford Stadium and continued her support through one game in the 2016 season.

Beth was always active in support of her family, friends, church and philanthropic interests. She was proud of her association with her bridge club which she enjoyed without interruption for over 50 years. She solidified lasting friendships with surviving original members, Dot Splawn, Helen Hammer, Wanda Holland, Lucy Bateman and Carol Chiles. Beth was active in her children’s education, serving as home room mother, promoting musical and athletic programs and serving as president of PTA for all three of her children. She was active in the Methodist Church, first serving as an MYF leader with her husband, then active as a Sunday school teacher and later serving on the Board of the Highland Park United Methodist Church and North Texas Conference of United Methodist Women. Beth served in leadership roles with many auxiliaries, serving as Treasurer of CPA Wives; President of Dallas Heritage Society and Ball Chairman of the Grand Heritage Ball, benefitting Old City Park; Dallas Southern Memorial Association President during the renovation and restoration of Arlington Hall and Lee Park; President of Les Femmes du Monde, President of the Dallas Theatre Center Guild; President of the Women’s Council of the Dallas Arboretum, during which time she began the planning for A Woman’s Garden; she served on the boards for many years of The Woman’s Board of the Dallas Opera and the Dallas Symphony Orchestra League. She was an active member of Highland Park United Methodist Church, Wesleyan Fellowship Class, the Dallas Woman’s Club, Marianne Scruggs Garden Club, Craig Class, Bent Tree Country Club and The Park City Club.