Highland Park started the Scot Classic tournament with a dominating 76-23 win over Ursuline on Thursday.

It was the second straight win for the Lady Scots after they held off Wichita Falls Rider 50-47 on Nov. 11. Eve Loewe paced HP with 14 points in that game, while Smith and Roberts added 10 apiece.

The Lady Scots will face Richardson Berkner in the second round of the tournament today, then will play again on Saturday morning. They’ll travel to Mansfield Legacy for a nondistrict game on Monday. 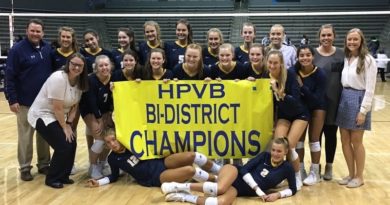