For the second straight year, Highland Park opened its season with a hard-fought win over perennial power South Oak Cliff.

On Monday, the Scots held off the Golden Bears 72-66 despite a sensational effort from SOC standout Kedrian Johnson, a St. Peter’s commit who poured in 41 points.

HP will host the Scot Classic tournament beginning Thursday. The Scots will face HSAA, South Grand Prairie, and Lake Highlands on consecutive days, with a fourth game on Saturday against a team to be announced.

We’ll have a more detailed tournament preview later this week. Afterward, the tough nondistrict schedule will continue with a road game at Arlington Bowie on Nov. 22. 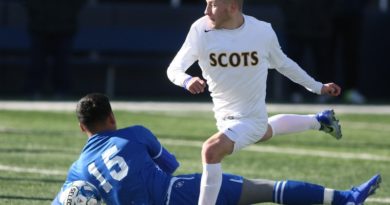