They won’t all be as easy as the first two District 15-5A matches for Highland Park.

The Lady Scots (25-7, 2-0) swept Royse City and West Mesquite to start league play without allowing more than 13 points in any set. The Lady Wranglers managed just 20 points in the entire match.

Such dominance will be tested on Friday, however, when HP hosts Lovejoy in a matchup between the district’s most prominent title contenders. The action gets underway at 5:30 p.m., just prior to the football game between the same two schools next door.

The Lady Scots, who haven’t lost a non-tournament match all season, will play their first 15-5A road match on Tuesday at Mesquite Poteet. 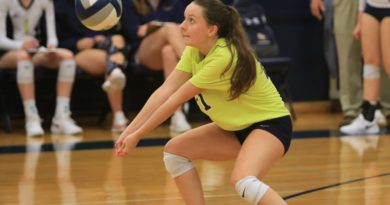