It seems Highland Park has always bounced back before. After all, the Scots haven’t suffered back-to-back losses during the regular season in almost two decades.

In fact, the Scots remarkably haven’t dropped two games during any regular season, consecutive or otherwise, since 1998 — the year before head coach Randy Allen arrived.

So HP has rebounded from tough losses in the past, and the Scots will look to do so again when they return home to face Mansfield Timberview on Friday at Highlander Stadium.

Not only will HP look to put last week’s 40-37 loss to Waxahachie in the rearview mirror, but Friday’s game will provide the final test prior to the start of District 15-5A action on Sept. 16 against Lovejoy.

The Scots (1-1) opened up a 17-point lead in the first half but struggled to contain the athleticism of Waxahachie, in particular Big 12 commits Jalen Reagor (Oklahoma) and Kenedy Snell (TCU), who combined for five touchdowns.

There were some bright spots for HP, however. The defense forced two turnovers, including a big interception by Matt Gahm. Jacob Urbanczyk scored two touchdowns. The offense ran a trick play to perfection that resulted in a 74-yard score.

The Timberview game will mark the third start for quarterback John Stephen Jones, who sparkled in his debut against Rockwall in a season-opening victory but connected on just 12 of 27 throws against the Indians.

The Wolves (1-1) fell to Frisco Lone Star last week after opening with a victory over Everman. They have allowed just 13.5 points per game so far this season. On offense, Timberview has completed just eight passes in two games, instead relying on a rushing attack led by the trio of Jalen Knox, Jyron Russell, and William Oliver.

Timberview has been to the playoffs in each of the past three seasons, including both years since dropping from Class 6A down to 5A in 2014. However, the Wolves fell to South Oak Cliff in the bi-district round a year ago. 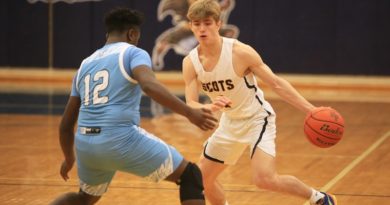