It doesn’t take a professional prognosticator to peg Highland Park as the favorite at the Texas High School Lacrosse League state tournament this weekend in Allen.

The Scots (16-1) are the defending champions and are 14-0 against teams from Texas this spring. They will carry a 13-game winning streak into their semifinal matchup against Austin Westlake at 2 p.m. Saturday.

The bottom line, though, is that HP already has victories over the three other remaining teams this season. The Scots beat Westlake 8-4 in the Patriot Cup on March 26 at SMU.

HP also defeated Dallas rivals ESD (14-2) and Jesuit (15-2), who will match up in the second semifinal on Saturday. The Rangers slipped past the Eagles 7-6 on April 22 in their previous meeting.

HP also enters the state tournament with momentum after establishing a season high in goals during a 17-6 victory over Kingwood in the quarterfinals on May 8.

The semifinal winners will meet in the championship game at 1 p.m. Sunday. 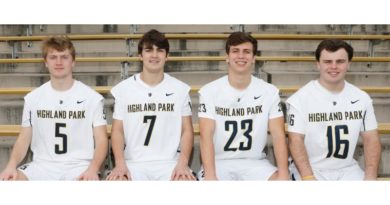