The Dallas Institute of Humanities and Culture has announced a $1 million bequest from Edward W. Rose III for the Endowment Fund that supports the Sue Rose Summer Institute for Teachers, which has been in place since 1984.

The fund was established by Rose and his wife in 2008 to honor his mother, who died in 2011. Rose died in January.

“Like his mother Sue, Rusty understood the importance of the teacher’s role in the classroom,” said Dallas Institute Executive Director Dr. Larry Allums in a press release.

Since 1980, the Dallas Institute of Humanities and Culture has sought to enrich lives through literature, history, philosophy, politics, psychology, and mythology. 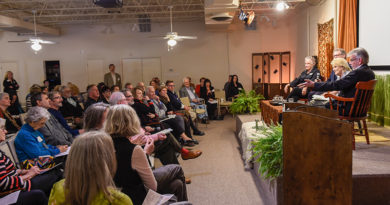