Around 8:20 p.m. on April 15, a parent reported their 10-year-old daughter and three friends were approached by a male in the parking lot at Highland Park Village.

According to Highland Park Police Department spokesperson Lt. Lance Koppa, the male complimented one of the kids T-shirts they were wearing, then tried to convince them to show to shirt to a friend who in a nearby parked van. The children immediately left the area to notify a parent.

The message Stranger Danger is still important to share with your kids. HPPD recommends you trust your instincts to determine if “something’s not right.” Also, it is recommended to report suspicious activity to the authorities immediately.

Are Horses And Kids a Bad Mix? 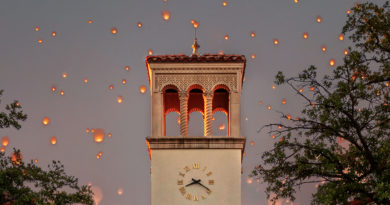 Draper James Pops Up in the Park Cities