Congratulations to the W.T. White girls golf team, which recently won the District 9-6A title and will advance to the Region II tournament next week in Waco.

The Lady Longhorns claimed the district crown behind the efforts of Ashley Ferrin, who won a silver medal, and Diana Baez, who placed fourth at the two-day event. 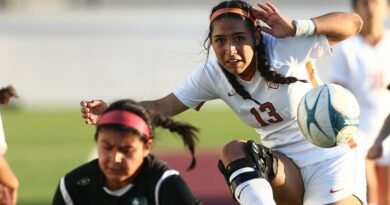