Highland Park might have been the underdog on paper against previously unbeaten Sachse, but that didn’t seem to faze the Lady Scots on Friday.

Sierra Jones scored on a blistering shot in the opening minutes of overtime, propelling HP to a 2-1 victory in the area round of the Class 6A Region II playoffs.

After upsetting the state’s top-ranked team, according to at least one poll, the Lady Scots (20-3-1) advance to meet Waco Midway in the regional quarterfinals on Tuesday. Their dream of improving on last season’s state runner-up finish is still alive.

“I was going to be something special or something lucky that won that game,” said HP head coach Stewart Brown. “Sierra took a risk, which to me is special.”

Sachse controlled possession for much of the first half despite attacking against a stiff breeze. The Lady Mustangs (21-1-1) broke through with 6:42 remaining before halftime, when Cyera Hintzen dribbled past the HP defense, then fired a left-footed shot from about 12 yards out just below the crossbar and just above the hands of outstretched HP goalkeeper KK Callahan.

It was the first goal that the Lady Scots had allowed in almost a month, and Callahan made sure it stayed that way with some key saves that helped spur an HP rally.

A big momentum shift came with 38:18 left in the game, when HP’s Sarah O’Neal was brought down in the box. Rachel Wasserman

scored the equalizing goal on a penalty kick.

“We knew where we wanted to attack, and the penalty came from it,” Brown said. “Our game plan was to press them and stand them up, and don’t beat ourselves. We needed to get a little bit tighter in the second half, and we did that.”

From there, the Lady Scots continued to apply pressure and neutralize the speed of Hintzen, a Texas signee who has scored more than 100 goals for the Lady Mustangs.

HP had a chance to take the lead on a free kick by Wasserman midway through the second half that glanced high off the crossbar.

The game remained deadlocked into overtime, when Jones scored the game-winner on a high shot past a leaping Sachse goalkeeper from 25 yards out.

“I just shot and hoped it would go in,” said Jones, whose celebration was hindered by a cramp, although she later returned to the game. “I was trying to get it on frame and over the goalie’s head.”

HP should benefit in later rounds from the type of pressure and competition it faced against the Lady Mustangs, who were dominant all season despite playing much of the year without two injured standouts.

“Every win is special and every team is special for different reasons,” Brown said. “This group is tenacious and they stick together, and the key for them now is to believe in their skill set and continue to work hard.” 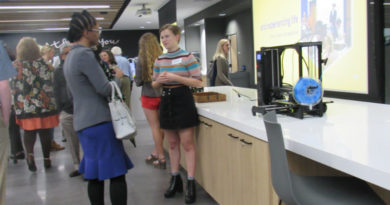 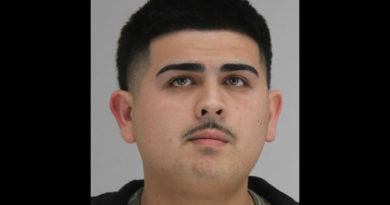