For the past 15 years, the Preston Hollow resident has been president of Dallas-based Portfolio Development, a firm that primarily builds apartment complexes, either for a fee or through a joint venture.

Although Ketchum has found success in a realm typically dominated by men, she still doesn’t see many female colleagues, who could bring valuable multitasking or critical-thinking skills.

“I think women are particularly well-suited to be developers,” Ketchum said. “Women don’t get to see other women be developers, and so they don’t think it’s a possibility. I think that will change.”

Ketchum’s sister is a partner in the firm, which specializes in multifamily and mixed-use developments. Portfolio Development has found a niche in smaller markets, such as Tyler or Temple, which tend to be overlooked by larger competitors.

That focus goes back to Ketchum’s beginnings in the industry in the early 1990s, when a handful of investors from Michigan hired her to buy and sell properties for them. She had some experience in real estate at the time, but hadn’t done much on her own.

“They just wanted to write checks. They wanted nothing to do with running the business,” Ketchum said. “I learned to trust my own judgment and to make my own decisions.”

The experience planted the entrepreneurial seed for Ketchum. A few years later, a friend showed her a piece of land in Waxahachie that had been vacant for about 15 years. After some market research, she became convinced enough to find an equity partner and develop the site with her first multifamily complex. Not only is it still thriving almost two decades later, but it has since spurred surrounding retail development.

As she grew her business and established a reputation, Ketchum said she initially had to fight some perceptions as a woman. But that’s no longer the case.

“When we were younger, people didn’t quite know what to make of us,” she said. “People are still surprised. But our reputation is established now, so there’s nothing to overcome and nothing to prove.”

These days, Ketchum is typically involved in up to three projects at a time, in various phases from finances to municipal clearances to design to construction. She’s currently finishing a joint-venture project in Longview and has broken ground on a large complex in Rowlett.

Last fall, Ketchum was honored with the Oustanding Achievement Award by the Dallas chapter of Commercial Real Estate Women. More than 30 years after she started, she still has the same passion for her work.

“It kind of helps you scratch the creative itch,” Ketchum said. “Development has always been what’s interesting to me. I’m never happier than when I’m out on one of my job sites.” 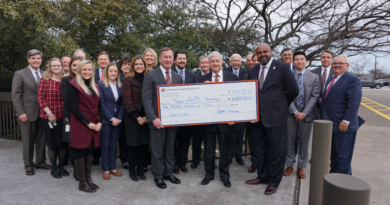