When St. Mark’s School of Texas senior Joshua Choe starts talking about his extra-curriculars, the passion in his voice is obvious. But, while his peers spend their time after school practicing violin, running track, or finishing homework, Choe is doing all three and plus one extra, major activity: finding a cure for lung cancer.

After school, Choe travels north to the University of Texas at Dallas, to tackle the leading cause of cancer related death alongside college professors and graduate students.

A quick Google search his sophomore year for cancer research projects led Choe to find UTD’s study of squamous cell carcinoma. After pitching his own ideas to the professor involved, Dr. Jung-whan (Jay) Kim, he joined the team. He has recently been offered the chance to co-author the team’s research paper.

“I learned so much in so little time, and so much more than I could ever learn just in the classroom,” Choe said. “Working with graduate students showed me a new level of research that I was capable of and I’m so thankful that the professors and students trusted me to participate.”

From starting to learn the basics of the lab during his sophomore summer to handling experiments and cells on his own, Choe has come a long way.

His research earned him a place as a finalist, the only one from Texas, in the prestigious 2016 Intel Science Talent Search. In March, the senior will head to Washington, D.C. to compete against 39 other exceedingly bright high school students for more than $1 million in awards.

“The science curriculum at St. Mark’s really prepared me, making the transition to research much easier,” Choe said. “I was already used to critical thinking and observation that I was really able to focus on learning about the research itself.”

Balancing graduate level research with the life of the already above-average high school student hasn’t been easy. Choe readily admits fitting homework into lunch breaks and thanks his teachers for understanding when assignments come in just past the deadline.

Many of those same teachers are the ones who encouraged him to pursue the research in the first place, including Steve Balog, St. Mark’s Cecil & Ida Green Master Teacher in physics.

“Teaching at St. Mark’s is like sitting in front of a fireplace with a good fire going… Every once in a while, there’s a ‘pop’ and a shower of sparks lifts upwards,” Balog said. “I often feel blessed to be in front of the class, feeding them ideas and concepts and helping to guide their understanding.

“And every so often, one of them will make a connection or have an epiphany which he then shares with his classmates. And I almost have to step back in wonder at their thoughts. Joshua is one of those who presents such a shower of sparks.”

In Balog’s eyes, Marksmen pursuing graduate-level research are few and far between, but the benefits can be extremely satisfying for those who take the time to pursue their scientific passion outside the classroom, he said.

“It’s been so challenging but at the same time, really rewarding,” Choe said. “What I really want people to understand is that any normal high schooler has this within their capabilities. If they’re interested enough and dedicated, they can always find ways to be successful.” 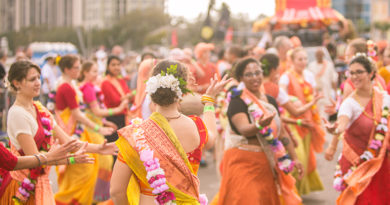 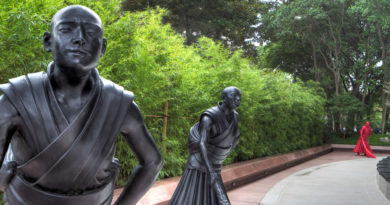