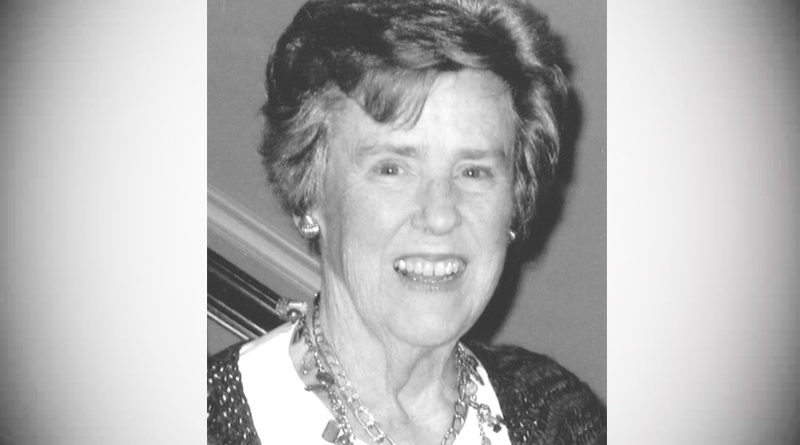 Sally was born on April 23, 1929 in Evanston, Illinois, to the marriage of Forrest Hopkins Muire and Dorothy Louise Stacy. The family moved to Dallas which thereafter became her home. She was an honor graduate of Highland Park High School, and a graduate of Randolph-Macon Woman’s College in Lynchburg, Virginia where she was a member of Pi Beta Phi sorority, AmSam, President of the Junior Class, President of Main Hall and elected to Who’s Who among students in American universities and colleges. Following marriage, she became a dedicated homemaker and at the same time managed to be active in numerous civic, cultural and church endeavors. She was a past President of the Junior League of Dallas, the Women’s Auxiliary to the Children’s Medical Center, The Standard Club, Chairman of the Friends of the Visiting Nurse Association and served on the boards of the Dallas Woman’s Club, Dallas Garden Club and Dallas Child Guidance Center. She was especially fond of the Silkies, a group of high school classmates who met once a month so as not lose touch over the years. She was a Sunday School teacher, Bible study leader for both children and adults, a Deacon, and an Elder in the Highland Park Presbyterian Church.

Possessed of a talent for creating beautiful handiwork of needlepoint and cross stitch, she was also an expert knitter who knitted hundreds of baby, children and adult hats which were distributed by Samaritans Purse and other institutions dedicated to alleviate suffering in the U.S. and third world countries. She and a fellow talented church member formed a section of the church’s Friday Fellowship devoted to this outreach activity. They taught beginners and guided the experienced to successful completion of many projects including prayer shawls to comfort the sick and bereaved.