As Lamplighter School has grown through the years, so has its evolving curriculum and technology.

Now the Preston Hollow school plans to expand its facilities to accommodate that student body as part of the “Campaign to Fund People, Place and Programs,” which stems from the school’s “Igniting Young Minds for a Lifetime of Learning” campaign.

“Finally owning our entire campus makes it possible to think about the future of the school in ways that we never really imagined,” said Head of School Dr. Joan Hill.

Lamplighter, which educates from the pre-K level to fourth grade, has been in operation since 1953. The 12.5-acre campus has not been expanded in more than 20 years.

In 2012, Lamplighter purchased its land from neighboring Hockaday, allowing for the ambitious changes.

The $12.5 million campaign will include construction of a new innovation lab and reconstruction of the school’s barn. The campaign has been in the works since the formation of a strategic plans committee almost five years ago.

“From a program perspective, we realized there were some investments we needed to make in our facility to continue to deliver on that commitment to technology and innovation and science,” said Catherine Rose, chair of the board of trustees, “and really this project-based hands-on learning that’s been a part of Lamplighter since it was founded. How are we going to live our mission without some enhancements?”

The innovation lab, which will be about 10,000 square feet, will house a teaching kitchen, an environmental science area, a robotics lab, and a woodworking classroom. The intent is to emphasize project-based learning, a key component of the Lamplighter curriculum.

The new barn also will include environmental science classroom space, meeting space, and a new fenced area for the animals along with a recently rebuilt chicken coop.

Both buildings have been designed by Marlon Blackwell Architects, which was selected for the project in May 2014.

“I think Lamplighter, their vision for students and the barn, and the curriculum is incredible,” said project manager Bradford Payne. “I think that really informed a lot of the decisions we made.”

Renderings of the building designs are available for viewing at an on-campus preview center.

While the ceremonial groundbreaking has already taken place, according to Rose, construction is expected to begin in December, with hopes the project will be completed before the beginning of the 2016-17 school year. 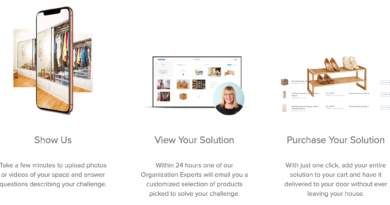