Just a few years ago, you would have likely found Susan O’Brien in the back cabana of her Preston Hollow home, cooking away.

But she wasn’t making the average family dinner or snacks for the PTA. She was building an empire of goodies. Read the label of her Hail Merry snacks and you’ll know why: O’Brien makes vegan, dairy-free, raw foods that people actually want to eat.

“I was trying to find raw, healthy snacks for my three kids and just could never find anything. Everything that I could find was all poorly branded and lacking in taste,” O’Brien said.

So she decided to make it herself. Now, with two partners and a growing business, Hail Merry has become a reality. O’Brien, who trained as a raw-food chef with Juliano Brotman, is joined by Sarah Chapin and Alison Brushaber on the Hail Merry team, a trifecta of foodies looking for something fresh and new.

“I was a young athlete but an overweight adult and ended up looking to go sugar-free,” said Chapin, the brand’s CEO. “But looking at all the products that are out there, I didn’t have the secret decoder ring to know what was actually good for me.”

With Hail Merry, there’s no need for a ring. The brand’s tarts, macaroons, and granolas are made with natural alternatives, like a ganache center made of coconut oil instead of heavy cream or organic maple syrup instead of processed sweetener.

For those wary of these healthy treats, they’ve been tested by O’Brien’s biggest critics of all: her kids and self-described chocaholic husband.

“I started all of this by selling my granola at the Lamplighter carnival,” O’Brien said. “But by the time I got to my table, all of it would have been sold off to moms who caught me along the way.”

The ease with which O’Brien was selling her treats, and the strength of the ingredients themselves, was what caught Chapin’s eye. With three decades of food business experience, she brought plenty of expertise to the table.

“In those 30 years, I had never seen anything like it. It was almost like a cult,” Chapin said. “There was no place I could learn or do more than with Susan. It has never been just about the food. It’s about a lifestyle of health and of recipes over formulas.”

For O’Brien, that lifestyle has always been a passion. Though professionally trained as an interior designer, she always felt called to something higher, whether it be yoga or raw eats.

“This was always a real passion of mine and created a whole new way of looking at food — food that both tastes amazing and has great benefits,” she said.

The snacks are made using dehydration rather than typical baking techniques, and include no preservatives. They are sold in Whole Foods, Central Market, and other local grocers around the state and, for those flying Virgin America, Hail Merry can be purchased in-flight. 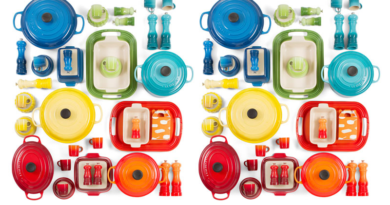 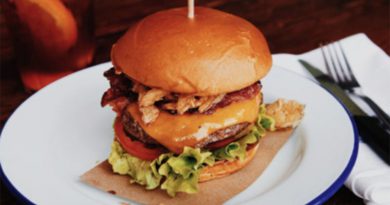 OUT AND ABOUT: Haystack Celebrates Anniversary 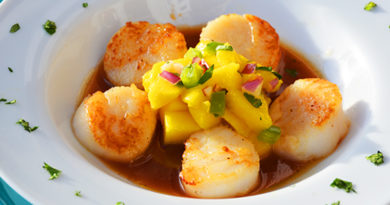