In 2006, three moms had adult children with special needs who were preparing to graduate from high school. They were seeking opportunities for their children to continue to learn, grow, and be active members of the community.

They didn’t find much. There were places they could go, but none with emphasis on continuing education. Adults with disabilities needed more than just babysitting services, and these mothers took the first step towards making that a reality.

“They had a town hall meeting and they expected about a dozen people to show up, and 300 families showed up,” said Lena Carrera, community outreach manager at My Possibilities. “These are families that had infants to adults and everything in between. Everybody had the same concern, and obviously they felt they had to do something about it.”

What started as ideas jotted down on a Starbucks napkin developed into My Possibilities, a nonprofit organization committed to serving adults with disabilities such as autism, Down syndrome and even head injuries. Established in 2008 in Collin County, it provides continuing education for adults with disabilities at every level of need, ages 18 and up. Currently, their eldest is 72.

Their students, or “HIPsters” as they are called (Hugely Important People), have the option to attend five days a week or simply once a week.

“We’re really proud of what we’ve been able to do in such a short period of time,” Carrera said. “The need here in the DFW area alone is over 200,000 adults with special needs. When they opened the doors seven years ago, they opened with 12 adults. Today, we’re serving 175 everyday.”

In these programs, HIPsters learn a variety of skills, from how to surf the Internet to cooking healthy dishes. My Possibilites focuses on life skills, prevocational training, leadership, and health and fitness. As for electives, the possibilities are endless.

“We offer things from violin lessons, choir, guitar lessons, Special Olympics where we go bowling, swimming, dancing, cheer classes — you name it,” Carrera said. “ We also have opportunities for them to work with our organization, whether it’s on the work crew, admins, or teacher assistants. We’re empowering a lot of adults, as well.”

That empowerment is what Patti O’Connor saw in her son, Kyle, after he enrolled at My Possibilities. Kyle has Down syndrome and an irresistible spirit. He graduated in 2008 from Rowlett High School, where he was an assistant manager for the baseball team and ran the flags during football games. Much like the mothers who founded My Possibilities, O’Connor was concerned with her only child’s future following high school.

“We wanted him to work where people wouldn’t stare at him all the time,” said O’Connor, who now works as a therapy administrator at My Possibilities. “That’s what broke my heart all the time. Even though he is higher functioning, he looks different than most people.”

Through the organization, the 25-year-old earned his first paying job. He started off volunteering at Sunrise Senior Living, a senior citizen living community, and was offered a position as a server last December. He gets to wear a tuxedo and, of course, a smile to work. In May, he was nominated as employee of the month, and in June he was awarded his first raise.

My Possibilities has annual fundraisers including the Santa Run 5K. The organization also launched a retail outlet, HIPStore, featuring items handcrafted by HIPsters, such as jewelry, artwork, candles and more.

“There’s a passion here that’s super contagious — not just from staff, but from all the HIPsters,” Carrera said. “You feel it when you walk around.” 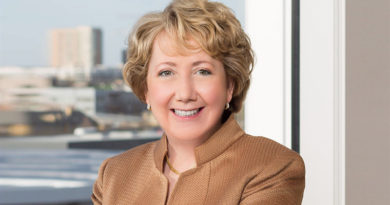 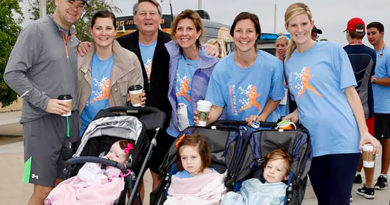