Now in his mid-30s, Highland Park High School graduate Jeb Ory has co-founded three startups, all focused around one thing people use every day: smartphones.

Now residing in Washington D.C., Ory’s latest endeavor is Phone2Action, a digital platform that connects organizations and advocates with local, state, or federal officials, so supporters can email, tweet, and post to Facebook straight from an event or rally.

Essentially, partners like the American Heart Association, the Enlisted Association of the National Guard, and the Black Alliance for Educational Options can use Phone2Action and its Advocacy Live feature, where participants’ actions are logged in real-time on a map, to directly contact politicians right from their smartphone or desktop.

When his colleague, Ximena Hartsock, came to him with the idea, Ory admits he wasn’t looking to start a new business. Already on his second startup, 5Degrees, called “the Evernote for contacts” by VentureBeat, he was knee deep in other entrepreneurial endeavors.

“This was before smartphones were everywhere. Back in 2012, fewer than 50 percent of American adults were using smartphones, and it wasn’t a slam-dunk that they would spread as fast as they have,” Ory said. “I, however, had drunk the Kool-Aid and believed that mobile would eat everything.”

Soon after he realized that Phone2Action would serve a very serious need among advocacy groups and nonprofits, Ory jumped on board. A graduate of Stanford and the University of Chicago business school, Ory lived as a student through the dot-com boom and subsequent bust.

“I worked for startups when I was in college, and was fascinated by the power that technology had to change how we did things and how we engaged with the world around us,” he said.

After a mutual friend introduced her to Ory, Hartsock knew he had the practical business experience from his previous two startups.

“Jeb brings an invaluable skill set in business development that is critical for the company to grow. We share a vision for the company,” Hartsock said.

Their company, which received an award at the 2013 South by Southwest festival, has grown quickly. Now, with nine full-time employees and five open positions, Phone2Action has developed into a full-blown business, thanks to the large amount of capital Ory helped to raise.

Ory, who moved to University Park in eighth grade, recognizes how much living in the Park Cities has shaped who he is today, even after moving away post-college.

“It’s become increasingly clear as I have lived in more places how fortunate we are in the Park Cities to have such excellent schools and great teachers,” he said. 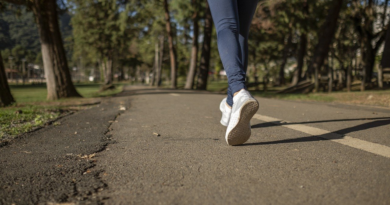